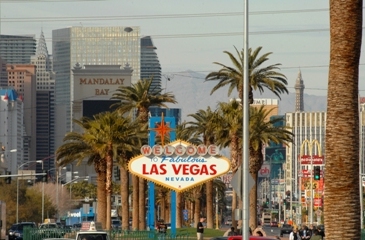 Sit by the pool. Or go shopping. You might think your options are limited during the afternoon in Las Vegas. But in addition to outdoor activities and indoor attractions (some even FREE) there are a handful of matinee show that are actually well worth your time.

Mac King (Harrah’s): With his aw-shucksy vaudevillian persona (somewhere between a traveling salesman and Will Rogers—remember him?), Mac King might make you wonder from the start if he’s really a serious magician. Using props like a nylon tent, goldfish and an old suitcase really make you wonder. But that’s all to disarm your preconceived notions of magic clichés and have you look at legerdemain from a new perspective. King does it every time, and he makes you laugh all the while you’re scratching your head. Great for all ages, really. Your kids will drag you to see this show after you introduce them to Mac King.

Jeff Civilico: Comedy In Action (The Quad) Jeff got his big break in Vegas actually appearing in another--slightly more ‘mature’--afternoon magic show we also like, Nathan Burton Comedy Magic. Civilico isn’t a magician himself, though this World Champion juggler (who knew we had those things?) will both astound and terrify you as he plays around with all manner of dangerous and ridiculous household objects. This is on eof the shows where you'll go in with low expectations and come out surprised by how much fun you had.
(P.S. The Quad is the Resort Formerly Known As Imperial Palace)

Hitsville The Show (Miracle Mile Shops at Planet Hollywood): At 5:30 PM, this late afternoon show might cut into your happy hour—but it’s worth it. If you’re looking for a more “soulful” tribute to Motown than Human Nature, look no further than this revue starring Jennifer “Jin-Jin” Reeves. A Detroit native, Jin-Jin truly has the Motor City sound inside of her, and she can belt it out.