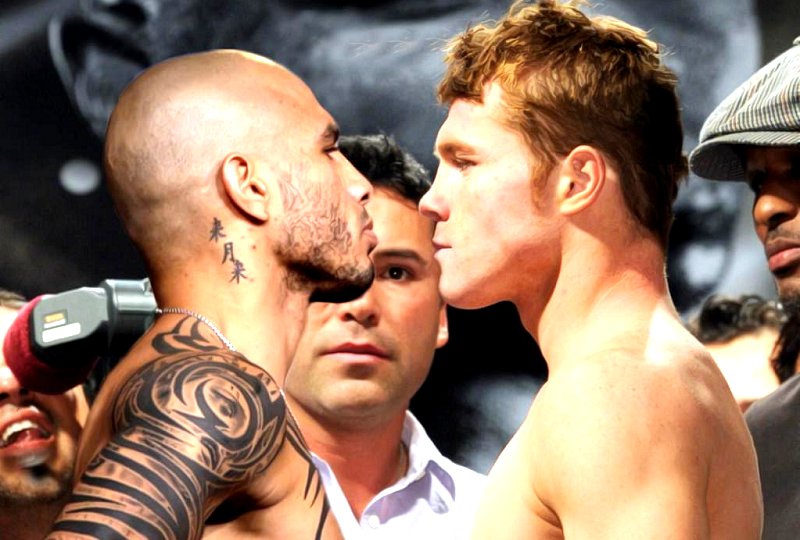 Two of the world’s best boxers are stepping into the ring for another Fight Weekend in Las Vegas. This Saturday, the Mandalay Bay Events Center will host the highly anticipated matchup between WBC Middleweight World Champion Miguel Cotto and former two-time World Champion Canelo Alvarez. After the sensationalized “Fight of the Century” between Floyd Mayweather and Manny Pacquiao ended in an anticlimactic decision on points, fans are hoping for a knockout event this weekend. 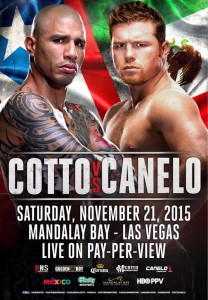 Canelo Alvarez, a 25-year-old from Guadalajara, has only experienced one defeat throughout his entire career. Having fought a total of 47 career fights, Alvarez lost by majority decision to Floyd Mayweather in 2013. The former champion seems to be on a winning streak and getting better with every fight, which is evident from his victory against James Kirkland in a third-round knockout this past May. Although Miguel Cotto is the veteran opponent with a 10-year age advantage, Alvarez is one of the most talented boxers in the world and the current betting favorite with -300 odds.

At 35 years old, Miguel Cotto is bound to go down as one of the best fighters in his generation with world titles in four different weight classes and a total of just four losses throughout his 44 career fights. The Puerto Rican boxer has previously lost to Antonio Margarito, Manny Pacquiao, Floyd Mayweather and Austin Trout. Following his loss to Trout, Cotto teamed up with Fountain of Youth trainer Freddie Roach and has since won three straight knockout fights. This past Tuesday, Cotto was stripped of the WBC middleweight belt for refusing to pay a $300,000 sanctioning fee. Because Alvarez is the only opponent eligible to claim the WBC belt, if Cotto proves to be victorious in this match, the title will remain vacant. Despite his successful track record and motivation to prove his worth beyond a title, Cotto’s betting odds are at +230.

This matchup has already posed itself to be one of the biggest fights within the past few years, building upon the infamous rivalry between Mexico and Puerto Rico. In fact, Oscar De La Hoya and Jay Z are so pumped up about this event that they’ve made a $100,000 bet over Cotto vs Canelo. Cotto is signed to Jay Z’s Roc Nation Sports while Alvarez represents Oscar De La Hoya’s Golden Boy Promotions. If Cotto wins, Oscar will donate $100,000 to the Shawn Carter Foundation and if Alvarez wins, Jay Z will donate to the White Memorial Medical Center’s cancer unit.

No matter who you’re betting on, the sheer magnitude of this event is worthy of celebration. Head over to the Official Golden Boy and Canelo After Party hosted by Canelo and Oscar De La Hoya at Light Nightclub on Saturday. T-Pain will also be at Light’s after party to Make That Sh*t Work on the dancefloor. For Cotto fans, TAO is hosting the official fight after party for Roc Nation Sports. Eric Dlux and Cipha Sounds are providing the music at the Roc Nation Sports after party.

Click here to view more events and gain easy VIP access to all of the hottest parties going down during Fight Weekend.