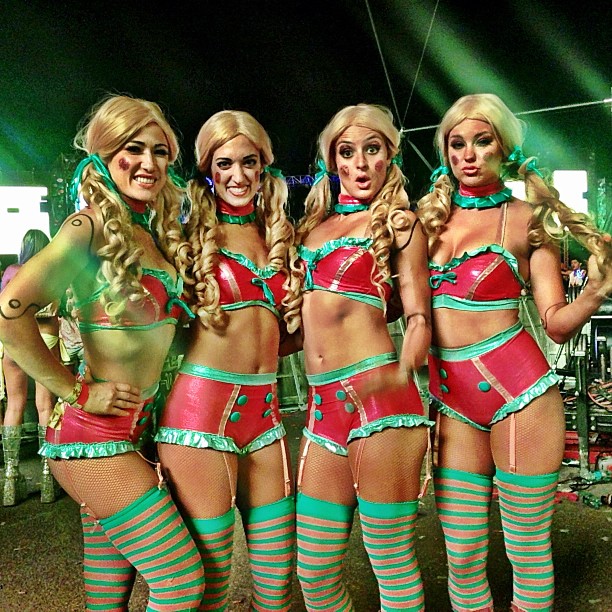 With only weeks left until the annual Electric Daisy Carnival (EDC) heads back to Vegas it’s time to ensure your EDC plans are locked and loaded. The festival, which is set for June 16, 17 and 18 from 7 p.m. to 5:30 a.m., will again take place at the Las Vegas Motor Speedway.

The best part about EDC Week in Vegas is that it doesn’t matter if you have tickets or don’t to the actual festival. While, of course, it’s ideal to have tickets and get in on the incredible festival there’s enough going on to party before, during or after the festival. We’ve compiled the lineup of all things EDM at both the nightclubs and pool parties during EDC Week in Vegas. Need help narrowing down what to do or how to fit it all in? Hit us up and we’ll help you get your personalized party plans locked up so you can focus on what you’re going to wear at kineticFIELD this year. Be sure to coordinate who you see at the show and who you see at the clubs by checkint out the EDC Week full lineup.

Thursday, June 15
Above & Beyond at Wet Republic Ultra Pool

Bassrush Massive at The Joint

The Chainsmokers at Encore Beach Club