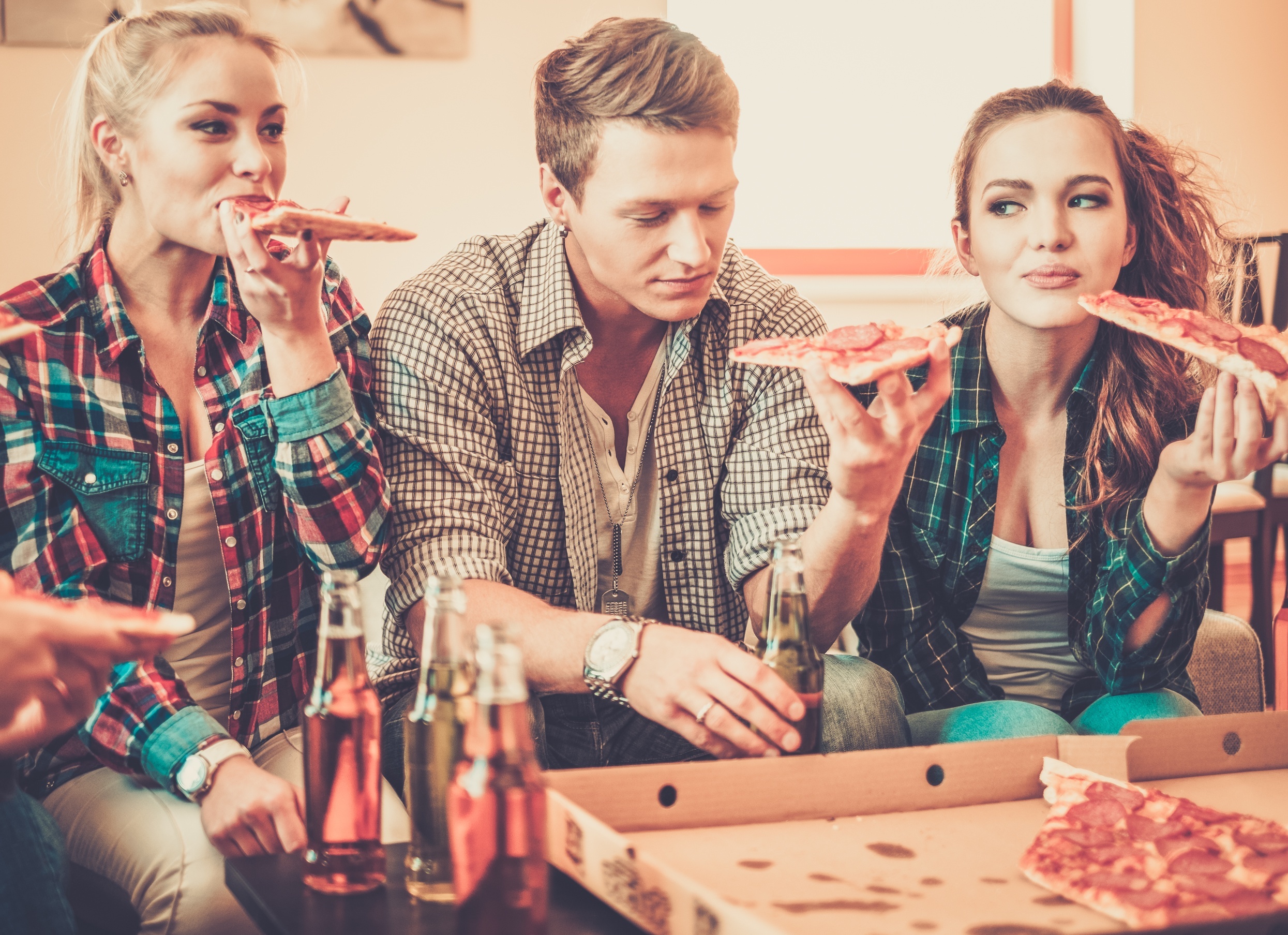 It’s 2:00 am, you’re drenched in sweat, and your dancing feet ache like a mofo.  You head back to your table and notice the bottles are empty, the cocktail waitress trying to shoo you away, and all your friends scattered like confetti throughout the club. “I’m in Vegas dammit and I’m not gonna let this party end!”

Don’t let it end. Grab some grub, and one last drink while you’re at it. Have the best after-hours nightcap at the seven best places to eat after drinking in Las Vegas. 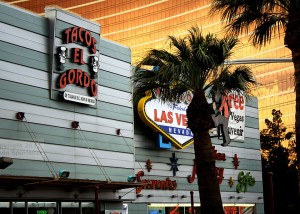 1. Tacos El Gordo
With original locations from San Diego, REAL Mexican food has come to the Las Vegas strip. They’ve got all the traditional meats, including the more exotic lengua (beef tongue), sesos (beef brains), and tripa (tripe) to build any combination of tacos or burritos. They’ve also got the communal carne asada fries if you wanna share with the homies. 3049 S Las Vegas Blvd Las Vegas, NV 89109 (Plaza next to Encore)
ALCOHOL: Yes (beer only)
Check out the menu here. 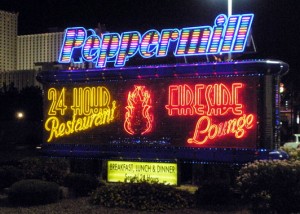 2. Peppermill
Do you want old Vegas? You’ve got old Vegas at Peppermill w/ its neon lights and its water-fire pit in the lounge. If you’re a glutton or have the guts, try their Mediterranean Omelet which is comprised of 10 eggs - that’s right almost a dozen eggs - and seafood topped with hollandaise (yay more eggs)! 2985 S Las Vegas Blvd Las Vegas, NV 89109 (Between Riviera & Encore)
ALCOHOL: Yes (fully stocked)
Check out the menu here. 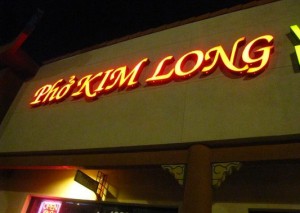 3. Pho Kim Long (really its name)
What better way to prevent a hangover by having some Vietnamese rice noodle soup - Pho. Get the Phở Đặc Biệt, which is the special combo pho with all the fixins including tripe, tendon, brisket, rare steak, flank, etc. My personal goto dish is the Cơm Bò Lúc Lắc - cubed beef sauted in pepper, onions, and soy sauce served with cucumbers and tomatoes with a side of vietnamese red rice. 4029 Spring Mountain Rd Las Vegas, NV 89102 (Chinatown, on the southside of Spring Mtn by Wynn Rd.)
ALCOHOL: Yes (very limited selection of beer, wine, and hard liquor)
Check out the menu here. 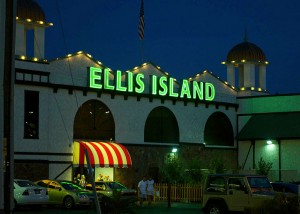 4. Ellis Island Cafe
Now we’re talking about some old school, hidden gem, cheap Vegas specials. You can grab their Steak & Eggs dinner for $9.99...OR you can grab their spectacular Prime Rib deal for $13.99, and it includes soup or salad, choice of side, and a beer! 4178 Koval Ln Las Vegas, NV 89109 (on Koval, way behind Paris)
ALCOHOL: Yes (beer & wine)
Check out the menu here. 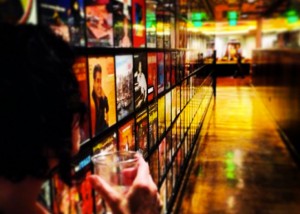 5. Secret Pizza Place at The Cosmopolitan
If you’re around the South Strip and want a “cheap” (relative term on this block) and fast place to dine, take your pit stop here. Too bad it isn’t much of a secret anymore, and will have rushour-like lines if you don’t head here straight from the club. It has no signage, and is located on the third floor in an alley between Blue Ribbon Sushi and the elevator by Jaleo. The Cosmopolitan of Las Vegas 3708 Las Vegas Blvd S Las Vegas, NV 89109
ALCOHOL: Yes (very limited wine and beer) 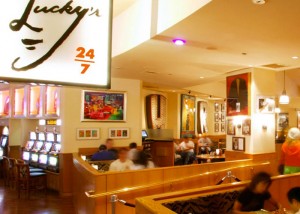 6. Mr. Lucky’s at Hard Rock Hotel
This has the most Cheesecake Factory like menu amongst the list here, with a variety of food and cuisines to choose from. But the best secret menu deal is the Gambler’s Special. For $7.77, you get a steak, 3 pieces of shrimp, potato, and a large salad. The catch - you must have a Hard Rock player’s card. You can also get the graveyard Steak & Eggs for $6.99. 4455 Paradise Road Las Vegas, Nevada 89169 (on Harmon & Paradise, by Hofbräuhaus)
ALCOHOL: Yes (“always cheap” draft beer for $4 and “always cheap” margaritas for $5)
Check out the menu here.

7. Le Thai in Downtown Las Vegas
Are you a hipster Too cool for most of these places? Well, the Silverlake of Las Vegas is Downtown on Fremont Street. Le Thai isn’t a Night+Market Song, but it’s got some delicious Thai food. Just trust me on this and try the Waterfall Beef (beef jerky w/ sticky rice), (really) Awesome Flat Noodles, and the Short Rib Fried Rice. 523 Fremont St Las Vegas, NV 89101 (On Fremont and 6th street, next to Commonwealth, by El Cortez)
ALCOHOL: Yes (beer only)
Check out the menu here.

Get the best tips & tricks of Las Vegas delivered to your inbox weekly by signing up for our Bullhorn Newsletter.  Sign up here for everything Vegas, all the time!