When it comes to cities that rock, Las Vegas is sometimes overlooked, however, being that it's been dubbed the Entertainment Capital of The World, that kind of goes hand-in-hand with offering a little bit of rock 'n' roll to the roster. If you think Vegas can't rock with the best of them, then check out our list of head-banging heaven venues below. That's right, we've got seven of the best places to do more than just bump and grind at the club, but to don those pleather pants and Rolling Stone T-shirt for some all-out, all-night hands-in-the-air groovin'.

Brooklyn Bowl Las Vegas
Let's be honest here, Vegas has a high turnover rate of establishments, so as locals, we don't always get too jazzed about anything until we experience it with our stamp of approval. But when we got word that our own version of New York's Brooklyn Bowl concert-meets-restaurant-plus-bowling-lane venue was headed to Vegas, we got all out jazzed. And then it opened and we got to experience the awe-inspiring venue that pretty much changed the concert scene here in Sin City.

My cherry-poppin' concert at Brooklyn Bowl Las Vegas was seeing Jane's Addiction. Since then, I became an addict frequenting this hotspot to check out a number of large and small events. The Suicide Girls even hosted their sexy Blackheart Burlesque performance here last November. Even if the band onstage isn't your thing when you're in town, there really is nothing better than playing a game of bowling while listening to some live music. Plus, did we mention the fried chicken from Blue Ribbon restaurant inside the venue is, amazing, legit.

The Sayers Club
The Sayers Club is where you to go if a need a little injection of Hollywood glam in your life, but you don't exactly want to head to the club for the electronic dance music. This venue hosts "emerging and acclaimed artists" most of which are of the rockin' variety. The Sayers Club originated in Los Angeles and had the likes of The Black Keys and Gotye grace the stage. The Las Vegas version is a sexy venue that makes you feel like you've just uncovered an underground & exclusive bar on Sunset Boulevard. You get really up close and personal with up-and-coming artists that basically have free reign to jam out at this recently-opened spot inside of SLS Hotel & Casino. Every weekend, this concert & bar hosts its Sayers Sessions in which it features a band playing their hearts out in this raw yet sophisticated bar. 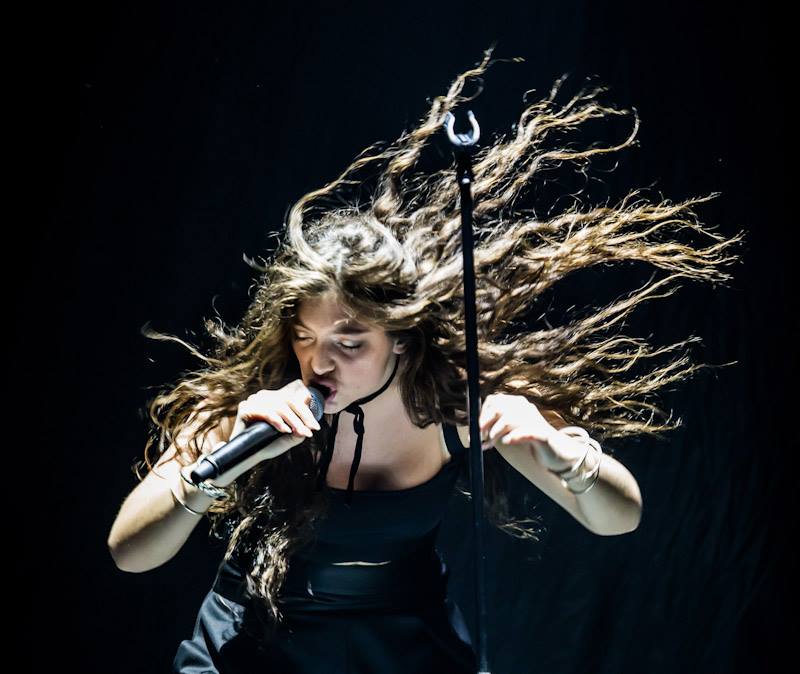 The Joint
They don't call it the Hard Rock Hotel & Casino for nothin' and this Vegas hotspot is home to a few epic concert venues including Vinyl, Soundwaves and, of course, The Joint. With a capacity of 4,500 people, this venue has had the likes of Paul McCartnery, Def Leppard, Nine Inch Nails, Guns N Roses, Imagine Dragons, amd more, perform here. Anywhere you sit in this concert hall you're going to have a good time. Whether you just want general admission (GA) on the floor or you go big for a reserved balcony suite to be a VIP, you're going to hear amazing acoustics and have a pretty good view (unless you have a giant in front of you, in which case you should have worn your big-boy/girl shoes). Expect that drinks are going to be on the pricier side. Just because you're not exactly on the Strip doesn't mean that you can get out of Strip prices, this is Vegas after all. 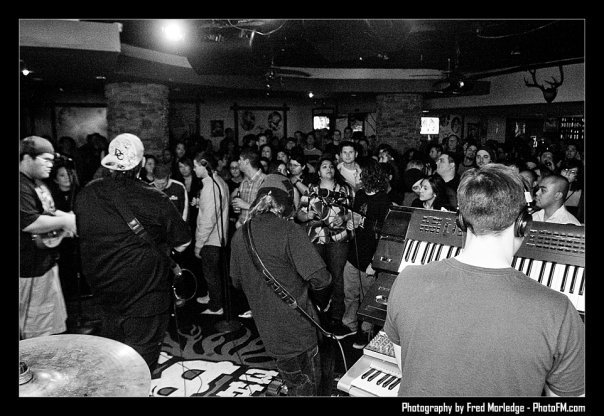 The Bunkhouse Saloon
While we've talked about The Bunkhouse Saloon, if you're just joining us, here are three reasons as to why this downtown Las Vegas venue is awesome:
1. The shows are either free or uber cheap
2. They sell Sloppy Joes of all varieties (including veggie versions)
3. They always seem to have a concert or some amazing event on deck for the night

With a variety of musical talents on tap from indie rockers and acoustic folksingers to headbanging chicks and a bit of hip hop  to boot -- let's just say you really can't lose. This bar also has a backyard with a stage so that when you visit you can get some fresh air during those Vegas summer nights while you booze it up and jam out. This is off the Strip a bit and located about one block from Fremont Street, so if you're staying downtown, it's a short walk, but if you're on the Strip, it's a short romp in the cab and will likely cost you $20ish, depending on your tip style. 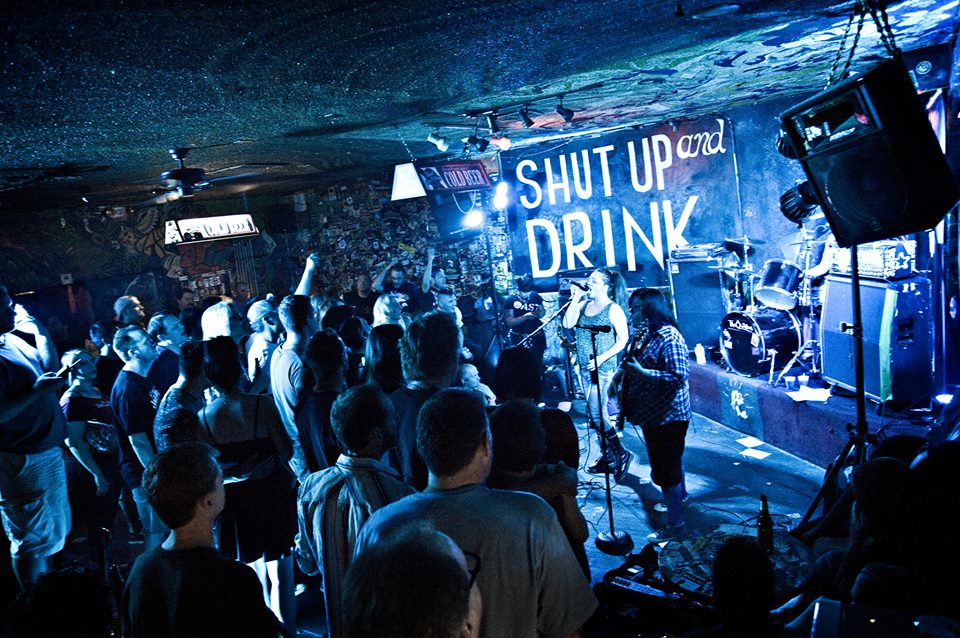 Double Down
Hands down fave dive bar in Vegas. While there are many to choose from, I fully enjoy rubbing elbows with bikers and punk rock anarchists -- they always have the most interesting stories to tell. With that said, this venue is small, we're talking a real dive bar, hole-in-the-wall kind of establishment. On any given night, usually after 10 p.m. this place gets busy. And on live music nights, there won't be a free seat in the house, although there are only a small number of seats to choose from as is (it's more of a standing bar).

This place gets rocking with some homegrown talent and smaller visiting bands from across the U.S. Think everything rocking from punk to headbangin' thrasher music. It's a short cab ride from the Strip and you can check out what's happening via their Facebook page found here. It's a great source for current events and the flyers are artistically old school and amazing. 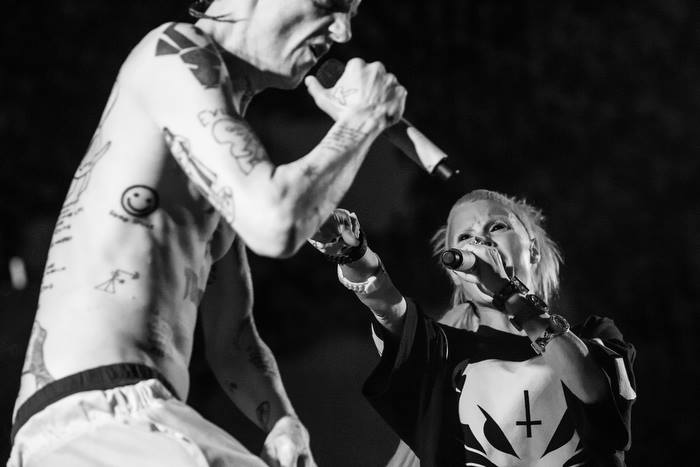 Boulevard Pool
Ahhh, the Boulevard Pool at The Cosmopolitan... how I love this phenomenal venue. Seriously, it doesn't matter how hot the Vegas temperature gets, everything seems straight up cool, or should I say badass at this hotspot. It's an open-air concert venue with a pool to get your feet wet as you wait for your event to start. There are multiple spots to grab a cocktail so the lines never get too long, although, you'll probably spend more on booze than the actual concert ticket, but it's totally worth it.

In addition to a usually great lineup, this concert area also has epic rooftop views of the Strip lights and action. If you love rock music and you come to Vegas, you must, and I mean must check out the lineup for the Boulevard Pool especially once the lineup gets going during the summertime. 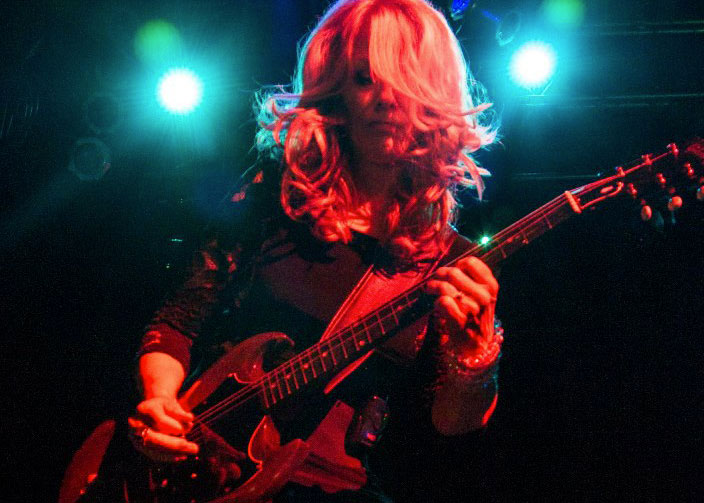 House of Blues
I love the basement-level location of this concert venue because it's dark and dingy (well, not really dingy), but dark and naturally sectioned off with architectural elements into different areas depending on your concert viewing style. For example, if you want to get up in this shit during your concert du jour, head to the very front (which is the lowest point of the venue) right next to the stage.

This area is great for moshing, which does happen at shows here. If you're more into just standing in the back watching the crowd, get there early enough you can snag a spot leaning on the bar or on the back railing. Now, for those that want to sit and receive drinks from a waitress all night long, there's an option for you too. Head to the very center portion for the House of Blues version of a semi-VIP. There also is the option to get seats balcony level, but these are not always available, plus, come on, who really wants to be that far away from the band when the whole upside of this venue is the intimacy of being so close to the stage wherever you are. 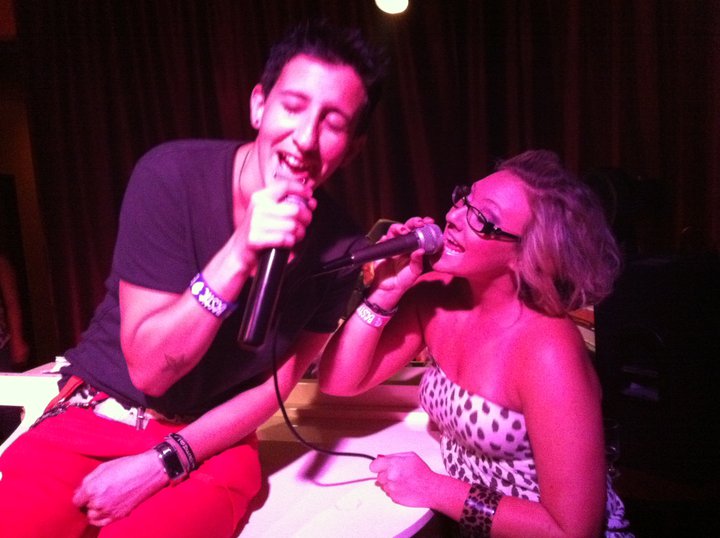 Bonus: Don't Tell Mama
So, this is not exactly a concert venue or live band bar, it is, however, a rather small piano bar located in the heart of Fremont East of Downtown Las Vegas. Now, why would I include this on the list you ask? Well, let me tell you, on a weekend night this place is packed, we're talking at capacity packed. You've got the talented Kenny Davidsen on the piano not only backing the karaoke singers, but he belts out some of his own talented musical stylings as well. The bartenders hop over the bar to steal the mic and when they cue Journey's "Don't Stop Believin'" the whole bar sings in unison and you can probably hear them down the street, I wouldn't know since I've always been inside belting it out with the rest of the audience. Anyway, if you're in Downtown Vegas, stop in for a cocktail and a song.