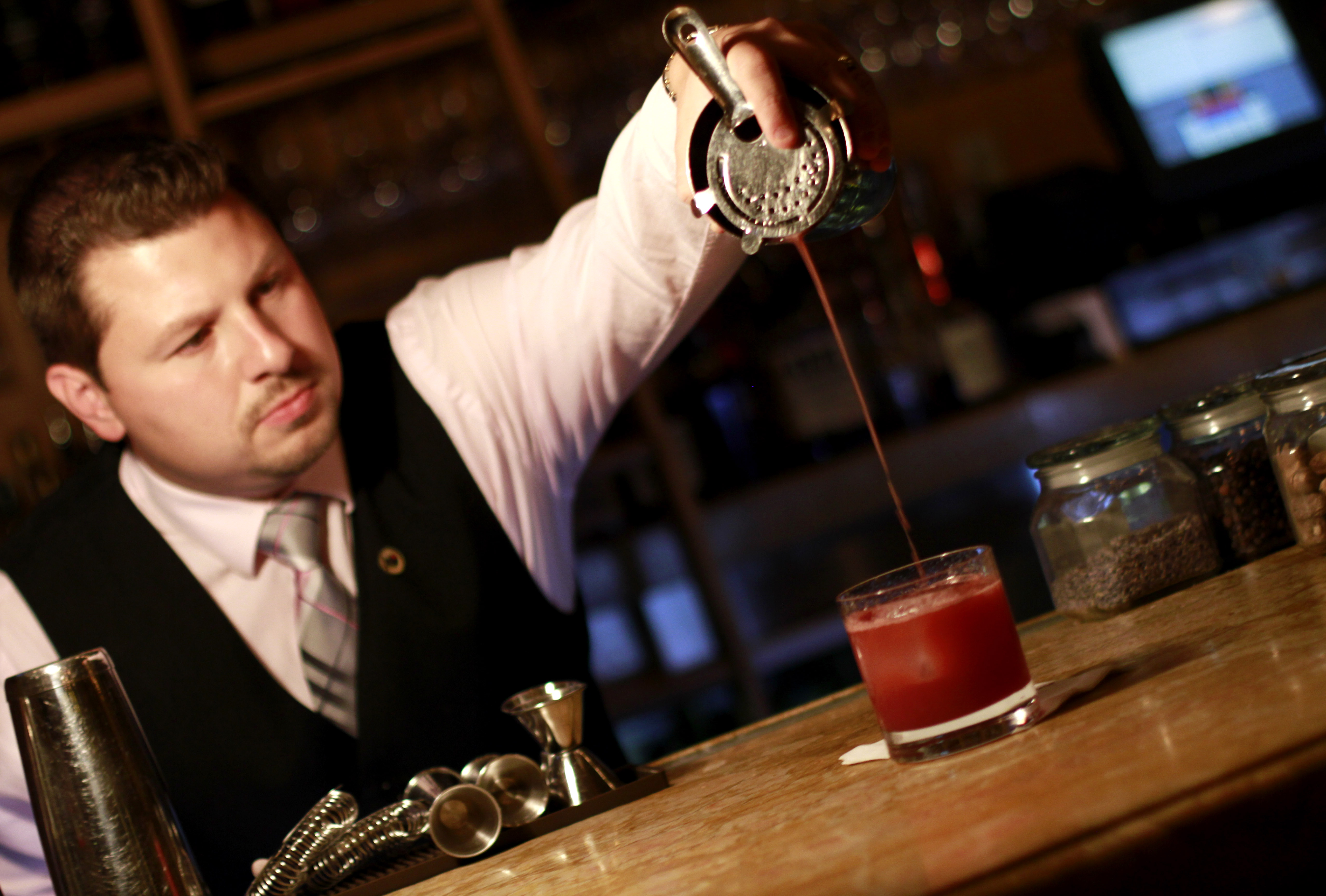 Vegas Profile: The Life of A Mixologist in Sin City

More often than not, Vegas is considered one of the drinking capitals of the world. Whether you’re into frozen yard drinks and beer in football shaped cups or if you like fine wine or off-the-menu cocktails, we have everything in Vegas. But what does it take to be a bartender or, rather, a mixologist in Sin City? We got to step inside the mind of one of the city’s finest bartenders: Max Solano. Solano is the curator and beverage manager at Delmonico Steakhouse as well the mixologist for all of Chef Emeril Lagasse’s restaurants in Vegas. “My career as a bartender and a mixologist started many, many years ago,” said Solano. “I think I’m going on 21 years being in this industry.” He got his start as a bartender at a fairly young age in Boston, his original hometown. After college, however, he ended up getting a more corporate or, rather, ‘real job’ as he describes it. Like many others who start a career, he wasn’t fully satisfied, which is when his life changed forever.

“I ended up moving down to Florida with my wife – my girlfriend back then – and we just on a whim decided to move down to Orlando,” he said. “I was fortunate enough to be hired by Tchoup Chop one of the Chef Emeril’s restaurants at Universal.” He worked as a bartender and assisted in curating the wine selection there for a few years, but this is the moment when he began fully vesting himself in his career and mixology. There were people along the way that helped him polish his craft, but it was mostly a self-taught exploration of mixology that helped him get to where he is today. “My palate and my fascination all of a sudden just woke up and it was kind of an explosion,” he recalls. “It was almost like I couldn’t get enough of experimenting with different types of flavors and that’s really where it started.” Soon after, he was able to secure a job setting up the Delmonico Steakhouse bar and mixology program. “The experience of being a bartender/mixologist in this town is very rewarding” he said. “Being behind a real bar is kind of different. You have people who come to you looking for advice. It’s very challenging at times – getting to know a person’s palate’s and preferences could take awhile.” Solano prides himself in being more than just a drink slinger, but someone who is an innovator in his field. While he fell into being a mixologist, he didn’t give himself the term. “A lot of people have an issue with the term mixologist and I’m kind of neutral about it, it is what it is,” he explains. “I think what differentiates a bartender versus a mixologist is that a mixologist just really embraces the role as far as being an educator, taking great passion and pride in what you do.” “We would make very good psychologists and psychiatrists,” Solano jokes of his profession. “People just like to tell me their most in-depth secrets and confide in me and I’m just kind of like dumbfounded, but it’s all good. Being a good listener is part of giving good service." For those heading to Vegas wanting to open up their palates and eyes to new cocktails and experience drinks that they’ve never had before, Solano recommends starting slowly. “I would start off with being as simplistic as possible and seeing what they [a customer] is comfortable with; work their way up,” said Solano. “It’s really not that uncommon to see people four or five days in a row because we just wowed them every single night with a new experience.” Besides that, you never know who you’re going to run into as Solano has met a lot of celebrities including the likes of Sammy Hagar, Gregg Popovich, Zac Brown, Dennis Rodman, Brock Lesnar, Kate Potter and Frank Thomas. “Unfortunately, no crazy stories,” he jokes of his celebrity clientele. “There’s nothing more than I love that working with individuals like Sammy,” he said of Hagar. “He is so humble and so down to Earth. He reminds me a lot of Chef Emeril.” As far as what the mixologist himself drinks, Solano keeps it simple. “I’m a purist,” he said. “Typically, I like drinking my whiskey’s neat. That’d be my go to.”