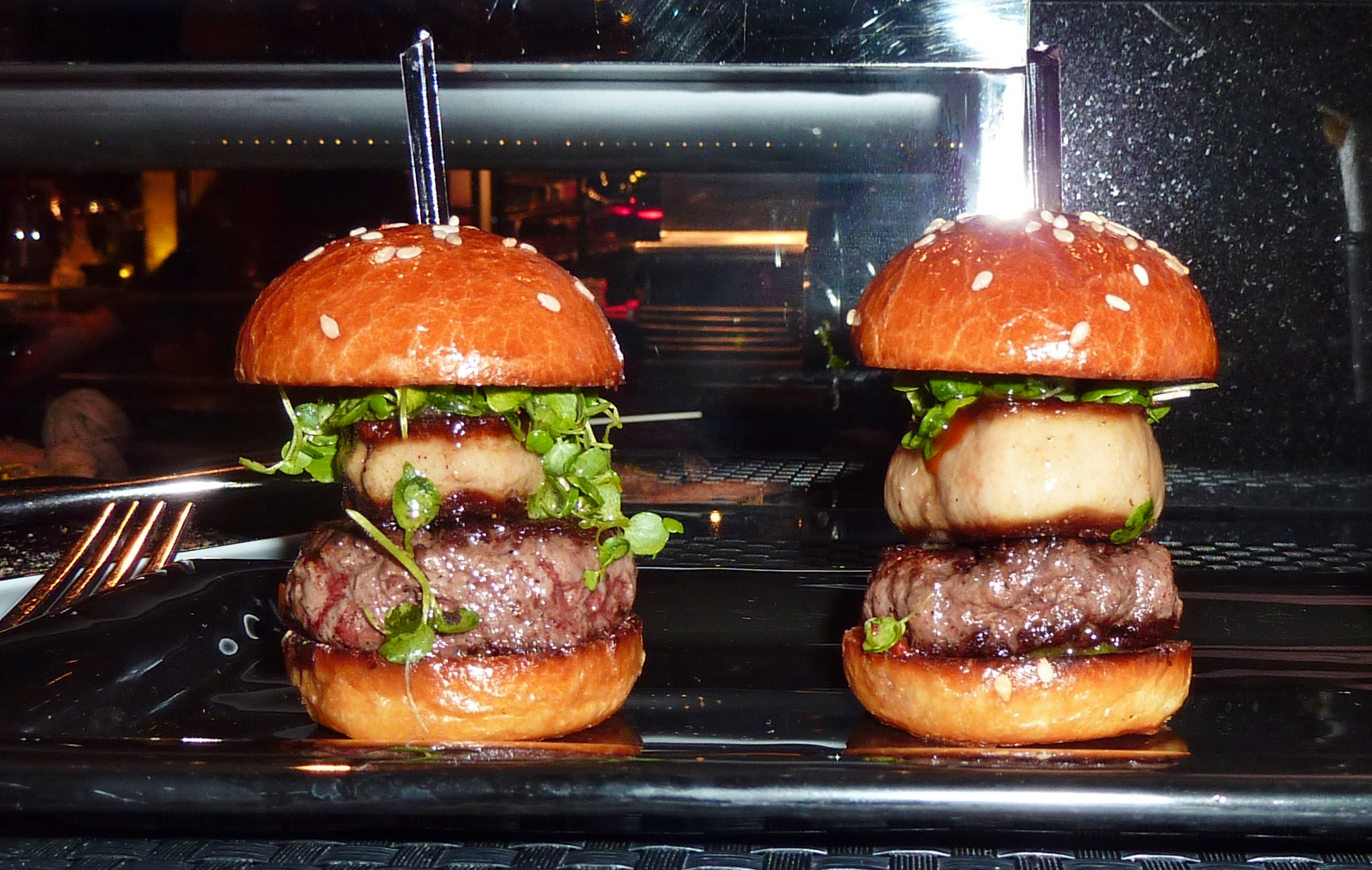 Where To Eat In Las Vegas: The Must Have Dishes Edition

Breakfast at Bouchon at Venetian.

“I have to thank you my wife thinks I’m a genius because of your high heat roasted chicken.”

Chef Thomas Keller smiles and looks at me and then asks, “Did you tell her it’s my technique and recipe?”

“Of course not, what do you think, I’m crazy, why would I give you the credit?” I quickly respond.

Breakfast at Bouchon is like that. It’s simple. So simple that you think you could do it yourself only you can’t. Everything about the experience is perfect. It is as if they rehearsed you coming in. It’s not staged or anything it is just that the meal is prepared the exact same way each time you have it. The flavors from the decadent cinnamon roll to the comforting hash all are as if scripted by some publicist who demands perfection. It’s breakfast and somebody in the kitchen thinks it should be done so well that you walk away thinking there are robots back there.

There must be because I can’t reproduce that.

Spaghetti at Scarpetta by Chef Scott Conant.
Scott Conant is one of those guys that make you feel like you should sit around drinking beers with for far too long. I mean deep into the evening when you start sharing intimate details about the time…not that that has ever happened. (deny everything) The thing is his food does the same thing. It comforts you. It’s like he’s rubbing your head when you have a headache. He’s not changing the world with his polenta but I guarantee you that you would walk five blocks in the freezing rain, through slush and bad neighborhood street corners if you knew you could get just one bowl of that magical, spoon filling, tongue tempting, mouth filling decadent dish. If he is shaving black truffles over the top or dropping a few of those tiny mushrooms in the bowl I would carry my overweight neighbor there.

Oh, wait, I’m not talking about polenta, I’m talking about spaghetti. Yeah, well, I just told you how I feel about the polenta and if they added in the spaghetti to my order on that dark, cold and stormy night when I’m carrying my neighbor through the rough city streets I would French kiss any alley cats if it meant I could get a bigger bowl.

Why? It’s spaghetti. It’s simple, only it’s not. It has tomatoes. It has some high grade pasta. I’m sure the butter makes it better but the basil infused olive oil and the quick dance around the pan does a number on it as well. Really, it’s simple. You could do it yourself but somehow you won’t get that perfection. So, you’ll walk through the rain, with a person on your back and breath mints just to have it.

Burgers at L’ Atelier de Joel Robuchon at MGM Grand.
Chef Joel Robuchon scrolled through the pictures on his phone to show me tomatoes that he had just seen in California. He showed me dishes that he was working on in his test kitchen in Spain. I think he might have even showed me a pictured of his grand kids. What he didn’t really address was his burger. I asked, through his interpreter, as my French is not only embarrassing it’s non-existent, and he mentioned the L’ Atelier brand and then he moved to ingredients and then he stumbled upon pictures of ingredients and soon we were talking about my kids and then I’m sure I saw four pictures of kids and food on his phone.

I probably should have practiced a bit more while taking high school French. However, what he was probably trying to tell me was that a simple dish like a burger does not need to be discussed at length. It should speak for itself. I mean, it’s just a piece of beef between two pieces of bread, right? What the big deal? Oh, it might be the seared foie gras or the freshly baked bun or the way the tiny micro greens give you a flash of different flavors as the prime beef melts into your palate just as the foie gras coats your happy places.

If I made this burger it would be on a secret menu.

Yes, it is that good.

Honorable Mention
Chef Brian Howard at Comme Ca at Cosmopolitan. David Myers is the guy who opened the place and his name is on the marquee but the guy who is creating the magic is Chef Brian Howard. I should point out that the other three dishes I mentioned are ordinary dishes done up in extraordinary ways. There is nothing ordinary about the way Chef Brian Howard does food. I met him on a night when he made three quick ordinary dishes and I was blown away. Since then each and every time I eat his food it’s as if I’m at the edge of the Grand Canyon and he’s asking me to get a better view by stepping right out over the void. He takes the cuisine to the far reaches of the limits and then delivers a product that is exciting and full of flavor. This is far from ordinary but I can guarantee that if you needed simple he could twist it in to a remarkable version of mundane.