Time to get pumped! Insomniac just announced the dates and ticket details for Electric Daisy Carnival, Las Vegas 2016. Clear your schedules for EDC 2016, set to take place on June 17, 18 and 19. Next year’s annual EDC event marks its 20th anniversary under the electric sky. Be sure to prepare yourselves because tickets go on sale in just TWO WEEKS! On Monday, Sept. 21 you can start buying your tickets online at noon PST.

This past June, over 400,000 people from around the world poured into Las Vegas to attend EDC’s neon-lit event. Word of advice: Buy your tickets for EDC 2016 as soon as you can. This world-famous festival gets bigger and more extravagant every year. General admission tickets for EDC 2015 were sold out in record time, several months before the lineup was even released. Pasquale Rotella, founder and CEO of Insomniac, is prepared to blow his fans away with the event’s 20th celebration in 2016, so you can expect those tickets to sell out fast.

Insomniac is also encouraging fans to purchase their tickets early. Nevada’s Live Entertainment Tax (LET) will be applied to EDC for the first time this year, effective on Oct. 1. This means that all tickets purchased on and after Oct. 1 will include a 9 percent LET tax. Ticket prices start at $335 for the Early Owl 3-day general admission pass.

Waiting for next year’s EDC to finally come around can be hell. Luckily, Insomniac delivers a ton of other epic events that you can attend while you wait: 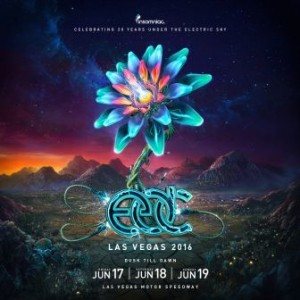 In the meantime, if you're like us and you're on that "Eat, Sleep, Rave, Repeat" mode, you're going to want to check in with the nightclubs featuring the biggest names in EDM. While you're waiting for rave season to kick in, click here or call 702-448-6900 to gain premium access with the best deals to the hottest EDM nightclubs and more.