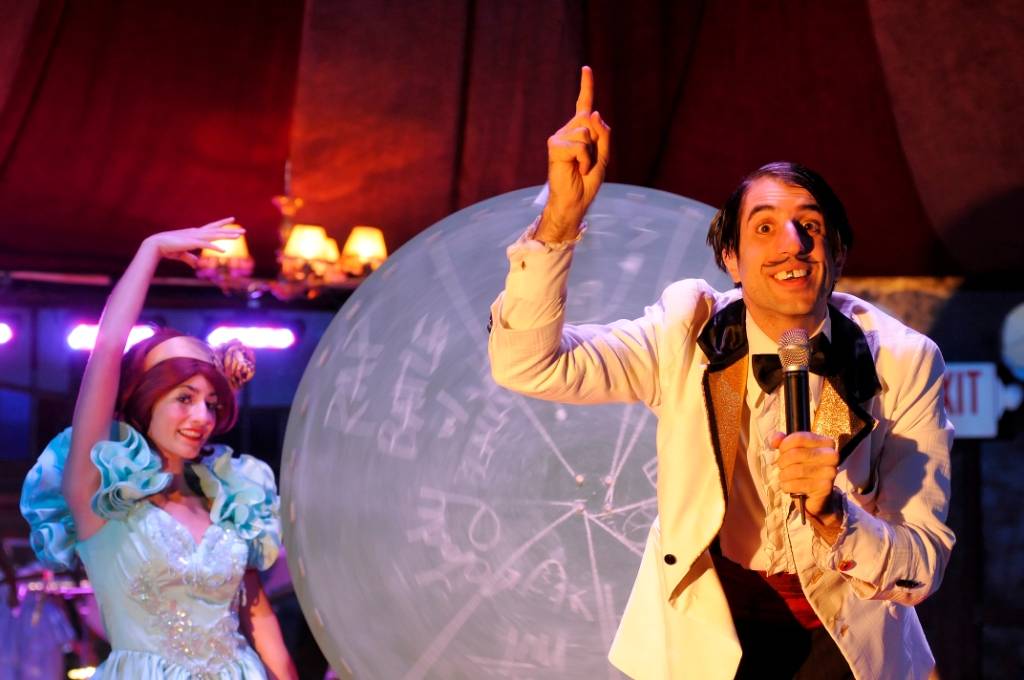 You know him as the main host of Absinthe – the crazy circus-esque show in the tent on Caesars Palace lawn produced from Spiegelworld. He is the Gazillionaire. He’s raunchy, rude, crude and we love him just the same because he’s hilarious and everyone is at risk for his humor whether feeling the brunt of a joke or laughing alongside at others with him.

While Absinthe remains his primary show, now, the Gazillionaire is playing host to a different and completely unedited type of show as well. Yep, that’s right, SpiegelworldTV is launching a Gazillionaire web series on YouTube where his crazy antics will be even further off-leash to make you laugh from the bottom of your belly.

The preview teaser was recently released and it is hilarious, weird, gruesome and very, very offensive – but all in a good way. We can’t wait to see this web series, which is sure to help sell Absinthe even further as well as create a cult following around this raucous character.