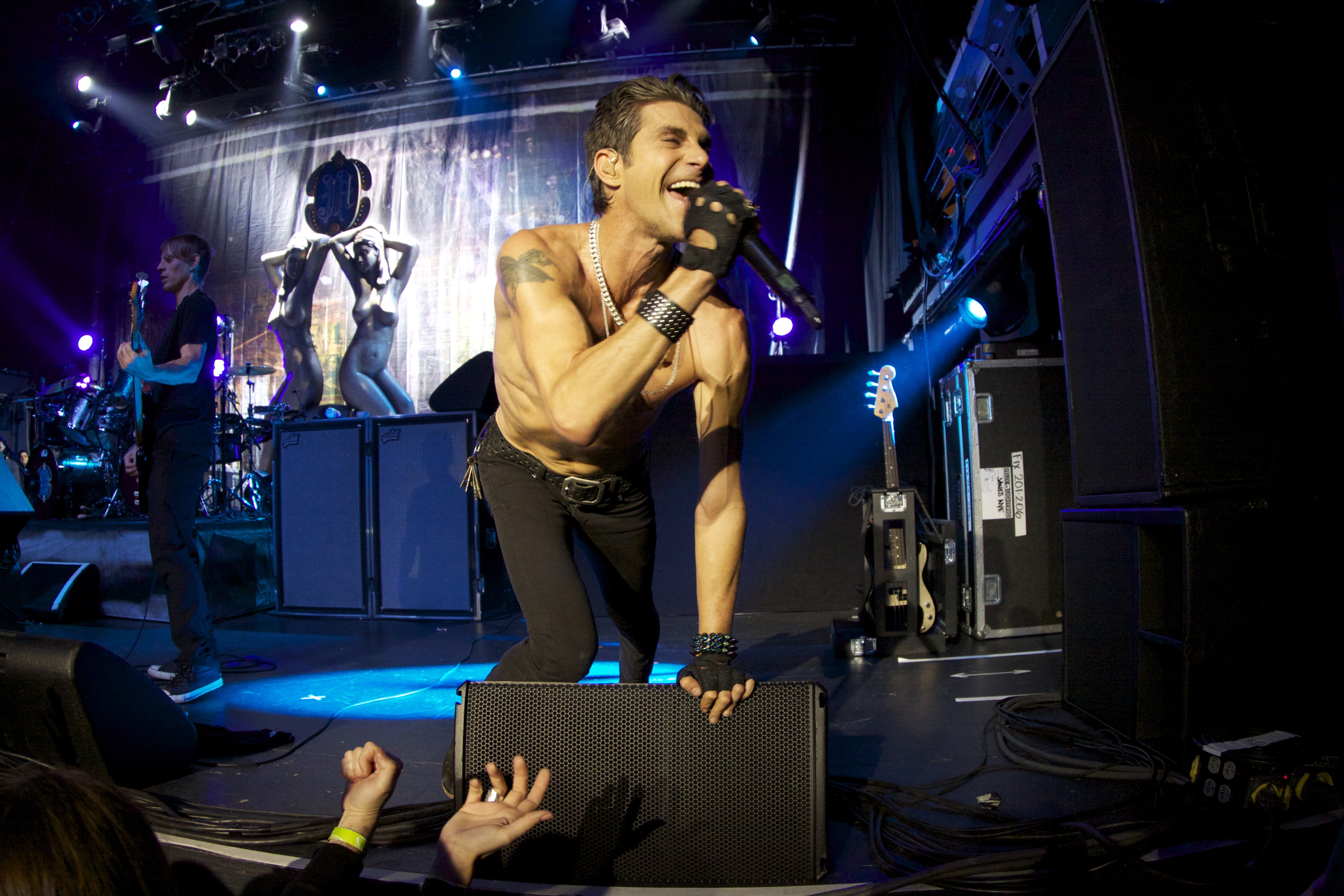 Going Down The Mountain With Jane's Addiction 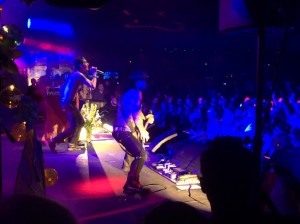 I’m from a small town in Colorado known as Loveland. I grew up idealizing rock stars and get star struck when I see a celebrity, specifically a rock and roll idol. An embarrassing admonishment, and a slight tangent, as I walked passed Dave Navarro in the Hard Rock Hotel & Casino in my first year in Vegas, I shouted out, ‘There’s Trent Reznor!’

I realized it was not Nine Inch Nails front-runner Trent Reznor, but I was so struck by walking within two feet of Dave Navarro, I blurted out the only name that came to me. However, I would get the chance to see him again during my birthday week at a Jane’s Addiction concert in May 2014.

“Jane says, have you seen my wig around? I feel naked without it…” 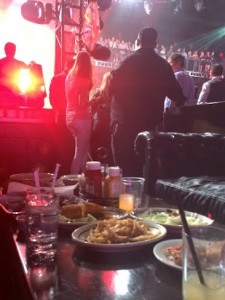 The words sung by Perry Farrell still ring in my ears along with a unified chorus from the audience as people closed their eyes and swung their arms in the air in honor of this classically beautiful song. These lyrics have always struck a chord with me, and so many fans, even after it made its debut on radio airwaves in 1987.

Since that night, however, when the song plays on the radio or my iTunes playlist, it conjures memories of an experience in time when we were living the ultimate concert dream.

It all started with Brooklyn Bowl, the concert-meets-bowling venue that is ranked the number one favorite music venue in Sin City among locals. It was the week of my birthday and Galavantier purchased a Stage Level Bowling Lane and they had a ticket to spare with my name all over it. The idea behind Brooklyn Bowl is that you can bowl while watching a concert as well as enjoy world-class food (including their phenomenal fried chicken). It’s a new level of rock-status concert viewing. 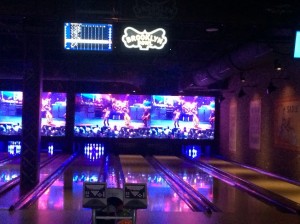 I will admit, I was in it to see Jane’s Addiction.  I suck at bowling, but still love it, however, the chance to sit stage left at Jane’s Addiction made my heart skip a beat. I’m a concert junkie and love the to hear live music whenever I get the chance, even though my wallet doesn’t allow for it as often as I’d like.

We entered the venue around 7 p.m. and made our way to the bar to meet the group. There were nine of us, and once we had assembled, we ventured toward the concert venue portion of the building. With my ticket in hand, I anxiously stood in a very short line until we were given the go ahead. We stopped off to order bowling shoes and then were ushered to our seats. We kept walking closer and closer to the stage until we literally sat directly next to the stage.

I was overwhelmed by the proximity of our seats and sat hesitantly on one of the oversized leather couches thinking ‘this can’t be real, we’re practically on stage.’

The waiter promptly came by to receive our drink orders. As I sipped my vodka soda with lime staring in awe at the stage decked out in Jane’s Addiction décor with Day of The Dead icons, the standing room crowd began to fill in in front of the stage and then I saw him. Dave Navarro in the flesh, again.

It was getting closer to concert time. The others of the group were bowling as screens over the bowling lanes readied, giving glimpses of the venue and stage. But only I, where I was sitting, could see Navarro and his girlfriend standing slightly behind the curtain of the stage. Was it rude to stare even as they kissed? I didn’t care. He was no more than 10 feet away.

The crowd began to buzz as the roadie fiddled with things and teased us with show time on stage. At some point, food began to arrive at our table everything from Egg Shooters with olive oil mayonnaise and pickled peppers to French Bread Cheese Pizza. My stomach rumbled, but I couldn’t tell if it was from hunger or from nerves. I stuck with my vodka soda and watched until Navarro and his girl disappeared.

I got the nerve to walk to the stage where I could reach out and touch the equipment. Looking over at the standing crowd in front of the stage, it now swelled to the back of the lengthy concert venue.

The house lights went down and there they were: Farrell, Navarro, drummer Stephen Perkins and bassist Chris Chaney. They strolled out on stage and picked up their instrument. Perkins sat at the drum throne and the countdown started. The music pounded through the sound system and filled the previously silent moment just before a concert begins. It amplified off of the walls and filled me with an instant moment of uncontrollable energy, I just needed to dance.

We stood at the edge of the stage crowding around one another watching as Navarro came over to us putting his foot on the ledge and playing his guitar in our faces. Soon after, Farrell swapped spots with Navarro and serenaded us with the passion that only a true musician can possess. 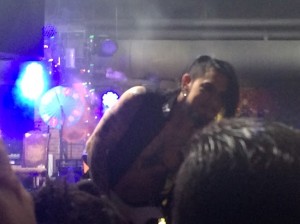 It only took a few songs before there it was: “Jane Says.” Farrell swigged from a bottle of vodka as he belted out the lyrics, “Jane says I’ve never been in love, I don’t know what it is, Only knows if someone wants her. I want them if they want me, I only know they want me.”

This song changed my life because of the moment and the experience that I was experiencing. It was memories of my body being encapsulated with sound, feeling the vibrant energy feeding us from the guitar with each stroke of the chords. It was realizing that I was watching one of the best bands of my generation perform only a mere few feet from me while the standing room crowd looked at our group in awe and with jealous eyes; we were living like the rock stars and everybody wanted to be us. 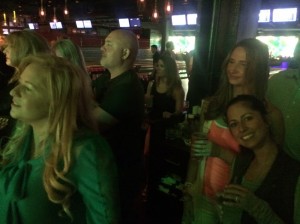