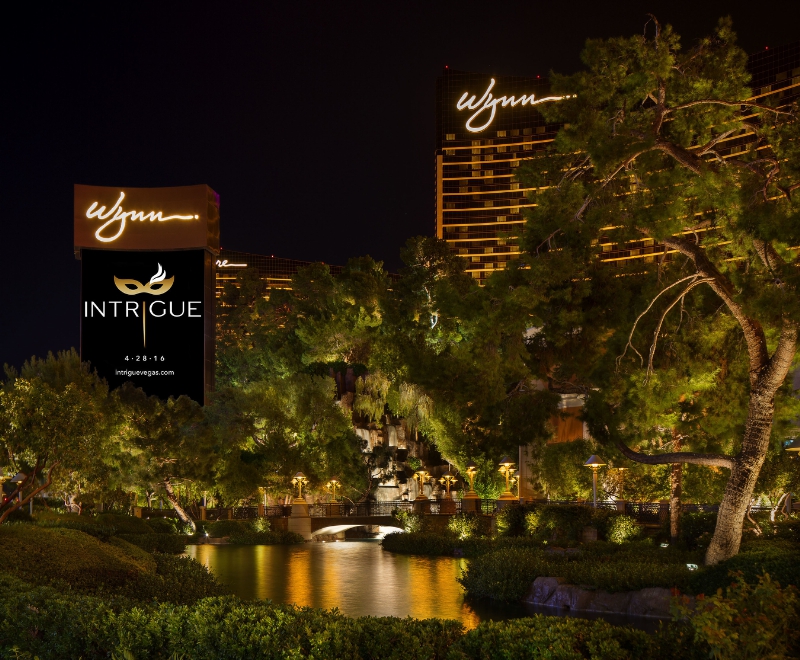 Mysterious, sexy and intriguing. When Wynn's newest nightlife offering opens their doors on April 28, the only thing you can really expect is a room full of surprises. ICYMI, the former Tryst Nightclub shut its doors for a huge remodel last year and will return from the flames as Intrigue Nightclub. Intrigue's grand opening weekend also happens to fall on the 11th anniversary of Wynn Las Vegas.

Grammy-winning singer-songerwriter Seal is scheduled to make an appearance as the first headliner at Intrigue on May 21. In the spirit of moving away from the EDM/DJ atmosphere that has been cultivated by nightlife entertainment in Las Vegas, Intrigue is aiming to establish an intimate setting that provides an opulent experience like no other. Seal's performance will include hits from his career spanning over 20 years as well as new songs from his new album, Seal 7.

It has been rumored that Cheryl Daro and burlesque stars LouLou D'Vil and Kalani Kokonuts will perform in cabaret shows at Intrigue as well.

When you walk into Intrigue, don't expect to see anything resembling the old Tryst Nightclub. Some of the remodeling includes a dramatic fire feature in the middle of a pond with a 94-foot cascading waterfall. Mark Shunock, the creative director for Intrigue, claims that the new nightclub will be "service-driven and luxury-driven." Intrigue is intended to create astonishment and inspire the senses.

In order to cater to their high-end clientel, the 14,000-square-foot club will also feature a 150-person-capacity VIP room where social media is strictly prohibitied. It has been said that if anyone shares whatever is going on in that VIP room to their social media accounts, they risk permanent banishment.

Other than the few details that have been released about Intrigue and its grand opening events, not much else is known about the mysterious new nightclub. We don't know about you, but we're definitely looking forward to unwrapping what Intrigue has to offer.

Click here for easy access to VIP service at the hottest nightclubs in Las Vegas and to stay updated on the latest events.