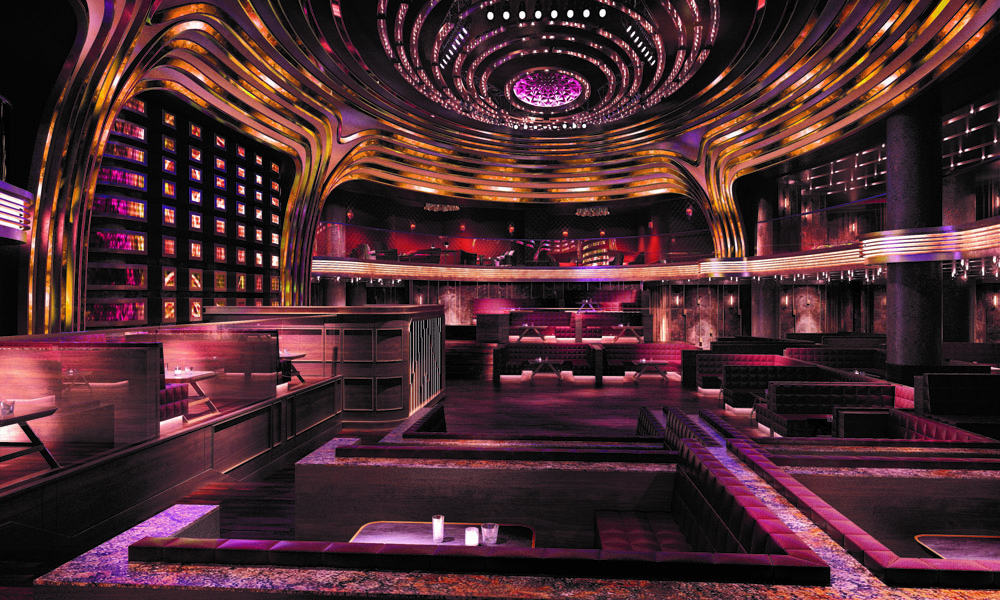 The highly anticipated JEWEL Nightclub finally has an opening date and entertainment lineup! Hakkasan Group has also released more details surrounding the exclusive VIP skyboxes in the brand new nightclub. JEWEL Nightclub is a two-level venue with a main club, mezzanine level and five VIP skyboxes. Each VIP skybox features a unique design and theme, such as The G.O.A.T. VIP skypox, which will showcase sports memorabilia and artistic interpretations of historic moments in sports. Other VIP skyboxes include The Blind Tiger (described as being "a modern day take on a seductive speakeasy"), The Studio (featuring velvet-lined falls and vintage album covers), The Prestige (a jewel box-inspired room with a brass beaded chandelier), and The Gallery (exhibiting curated fine art photography and leather seating).

Upon enterting the nightclub, prepare to be transported into a new world when you enter through a series of tall, mirrored doors and a tunnel of arched bronze portals leading to a corridor lit by a vintage chandelier. The main club features more than 1,400 square feet of LED ribbons atop the circular dome ceiling and a DJ booth with dual-sided LED video screens and lighting effects . A staircase with LED screens displaying abstract images leads up to the mezzanine level, where you'll find a bar, dance floor and the VIP suites.

Entertainment at JEWEL will include huge names, such as Steve Aoki, Steve Angello and Jason Derulo. The luxurious nightclub is set to celebrate its grand opening weekend on May 19 at the Aria resort. Jaime Foxx will host the event with sounds by DJ Irie. JEWEL has also released their lineup for Memorial Day Weekend, which includes Steve Aoki and The Chainsmokers. Because we love you and we know you want to see the entire lineup for JEWEL's Grand Opening Weekend and Memorial Day Weekend, we put it all in one spot for your viewing pleasure:

Saturday, May 21 - The Chainsmokers 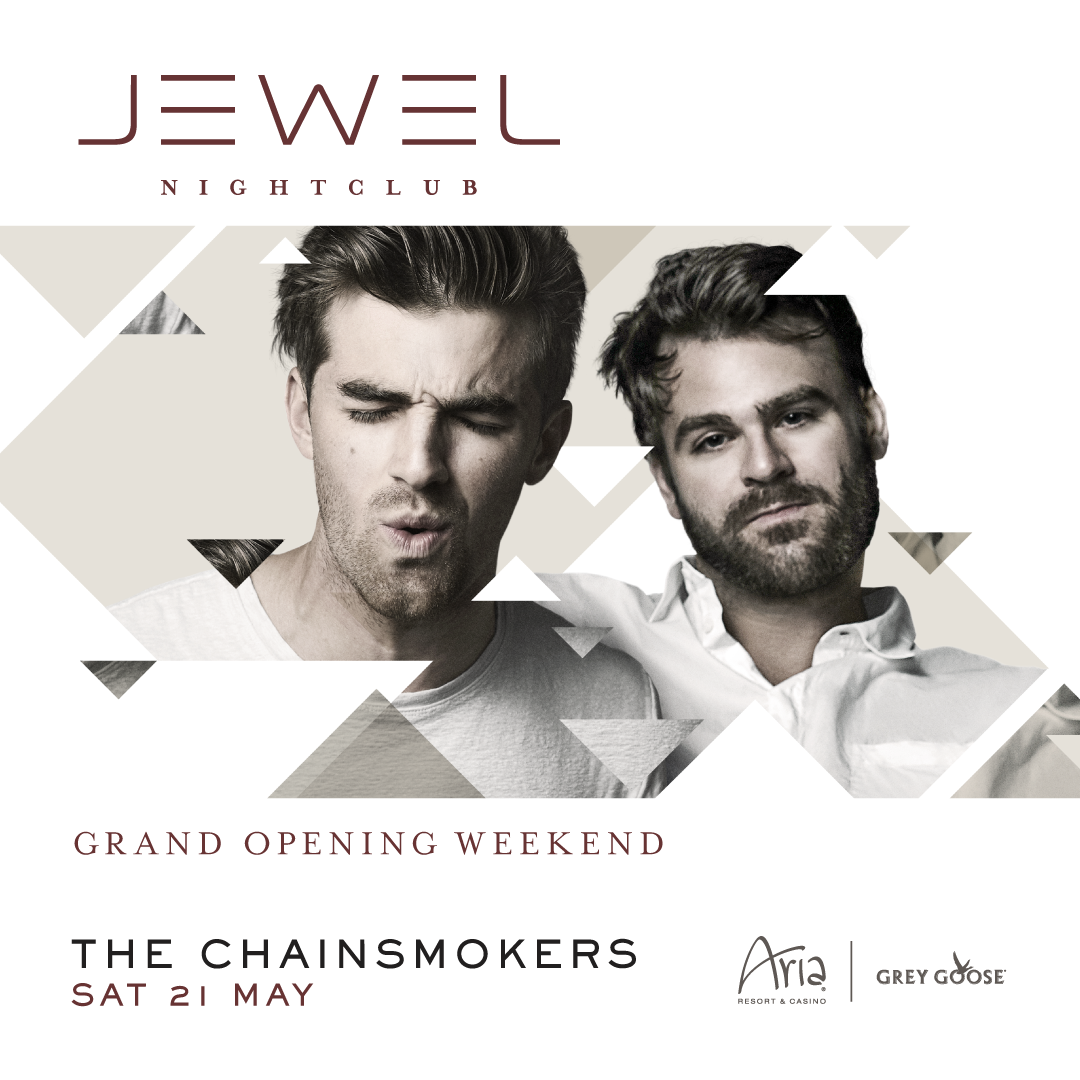 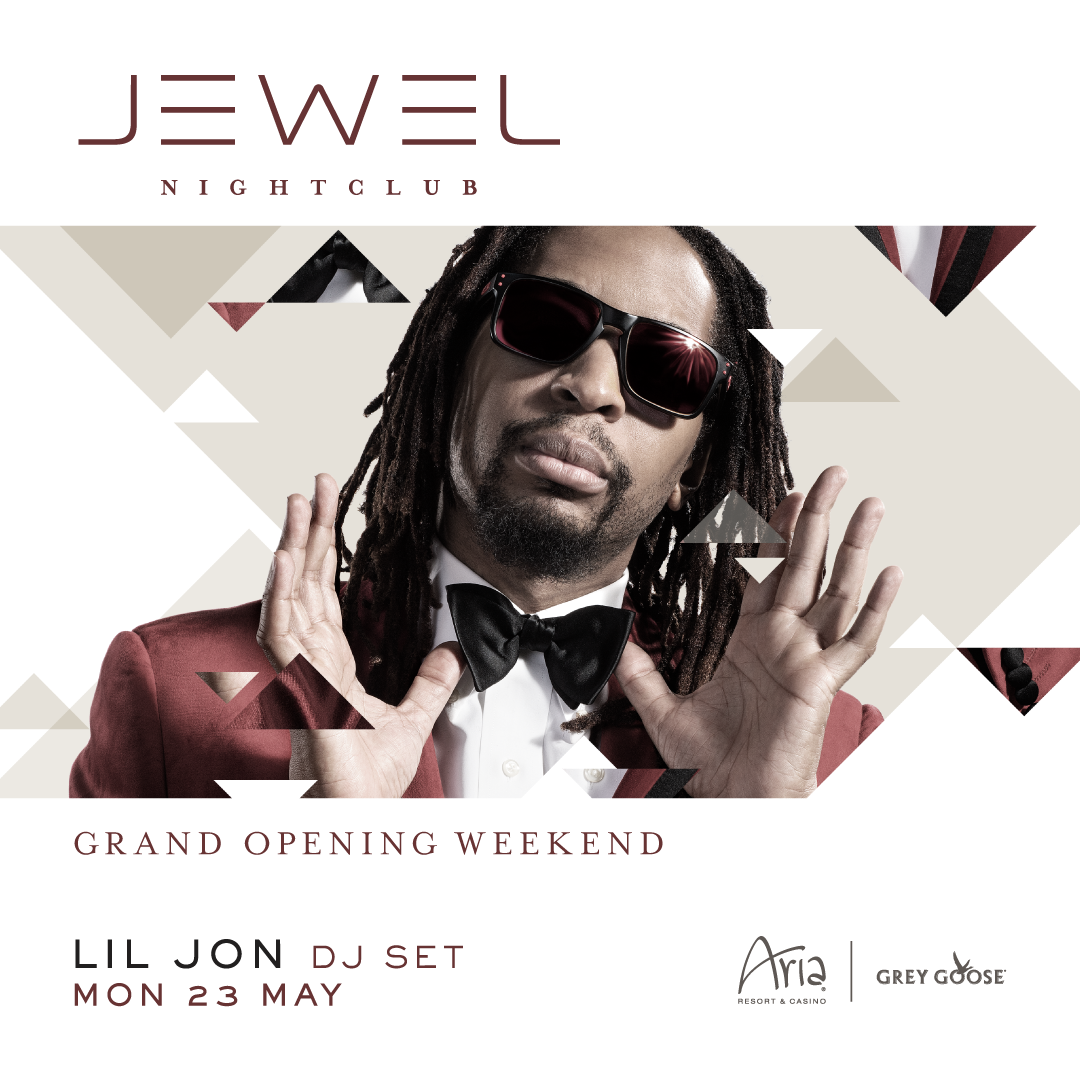 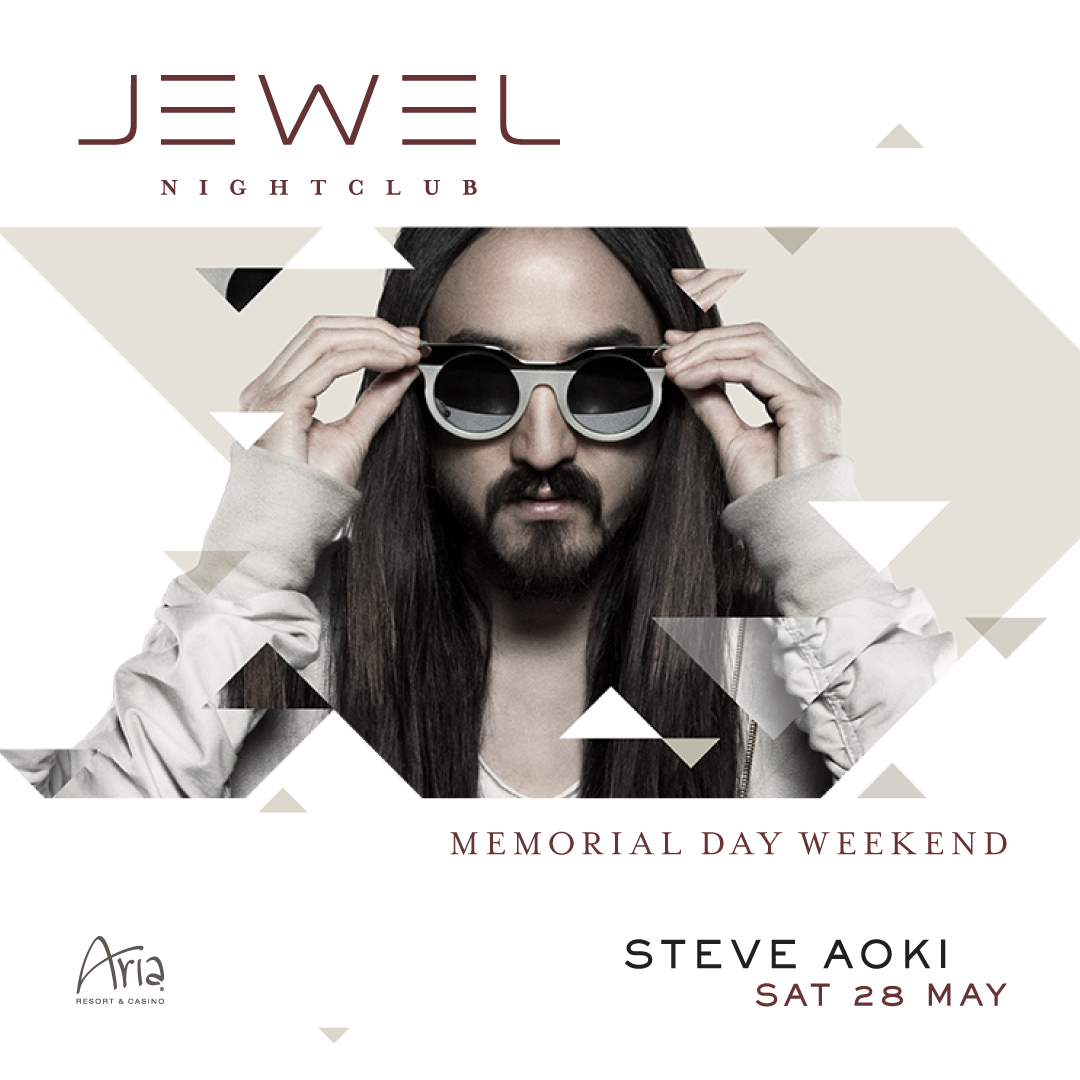 Monday, May 30 - The Chainsmokers 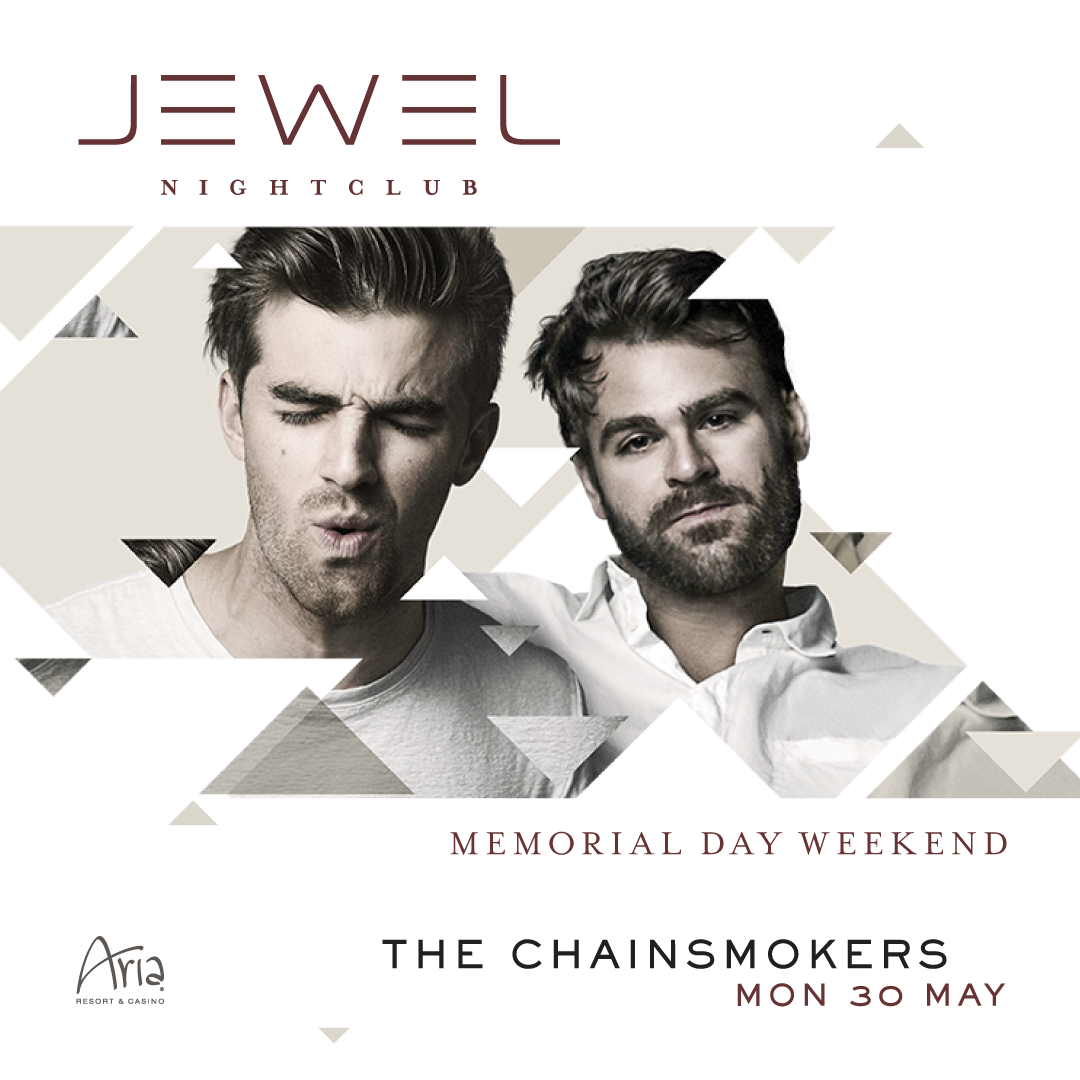 Click here for easy VIP access to the hottest parties around town and to stay updated on the latest events.