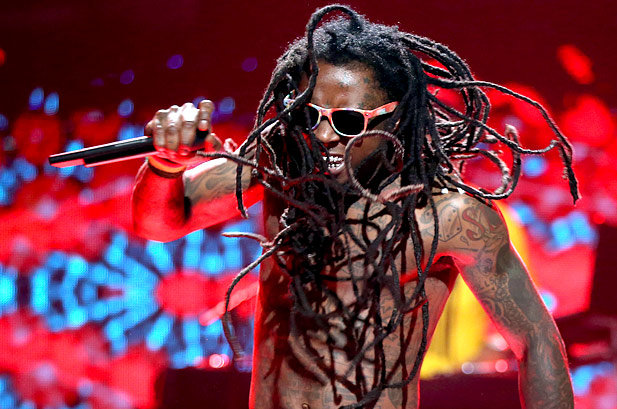 It’s official, Las Vegas has a new Wayne in the house embarking on an era of all-out crazy parties that last until dawn (and beyond, because it’s Vegas after all). We’re talking about the one and only Lil Wayne aka Weezy.

"My first night at Drai's was magical. I'm happy we created a partnership for me to come tear down the stage at the best club in Vegas!!," said Lil Wayne according to a statement sent to Billboard magazine. "Wayne Newton put his stamp on Sin City, now its time for the next Wayne to do the same!"

That’s right, Weezy himself will be heading his fav hotspot on the Las Vegas Strip this summer – Drai’s Nightclub – for a hip hop residency like none other, but still following the likes of other hip hop headliners like Big Sean and Fabolous who previously held residencies at the rooftop venue located at The Cromwell Hotel.

Hot off of 2016 where the tatted up performer gave his part to the hit song “Sucker for Pain” on the Suicide Squad soundtrack, which was successful (more so than the movie). He also is making waves so far this year for his work with DJ Khaled on the number one debut single of “I’m The One,” which is trending as we speak. This all comes following his work with Nicki Minaj on “No Frauds,” the latest hit by the queen of hip hop herself.

While the residency officially kicks off during Memorial Day Weekend, one of the craziest party weekends each year in Sin City, you can also catch a performance by Lil Wayne this weekend at Drai’s Nightclub on Sunday, May 21 following Nelly on Friday, May 19 and Fabolous on Saturday, May 20.

Other dates to catch this incredible heart-pumping and hip-shaking artist include:

Click here to get pricing on dance floor tables or tickets at Lil Wayne’s upcoming shows.