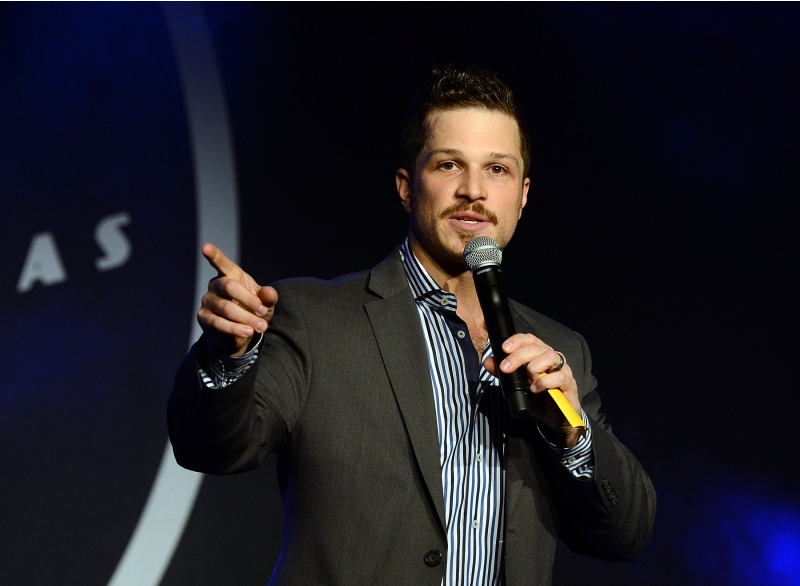 Mondays Dark With Mark Shunock Entertains For A Good Cause

The Hard Rock Hotel & Casino Las Vegas entertainment lineup has been heating up lately, especially on the third Monday of each month when Mark Shunock brings his hit show Mondays Dark to the Vinyl Theatre.

Mondays Dark incorporates an evening of entertainment including comedy and music in an ‘off-the cuff’ talk show emulated style of amusement. Each month the show rotates approximately 4 to 6 guest stars that range from athletes and Las Vegas entertainers to musicians and Hollywood actors. Additionally, each month the show partners with a new Las Vegas-based charity in order to raise awareness and funds for as many local charities as possible.

Mark Shunock is the mastermind behind the concept of offering a rotating show that gives 100 percent of ticket sales to local charities. Shunock is an actor who has performed in New York City, Los Angeles and an additional 30 cities across the nation. He currently plays a leading roll in Rock of Ages, a show at The Venetian Hotel and Casino.

“As a performer, it’s a way for me to give back to Las Vegas in the only way I know… as an entertainer,” said Shunock in a press announcement. “The premise of the show is old-school Vegas meets new-school Vegas while being vey gritty, real and spontaneous.”

For the October 13 show, Mondays Dark has partnered with The Healing Curve, which is a charity that helps women who have battled and overcome breast cancer to have reconstructive surgery following a mastectomy.

What could be better than giving back to charity while also being entertained in the eclectic speakeasy charm of the Vinyl Theatre? We’ll see you at Mondays Dark.