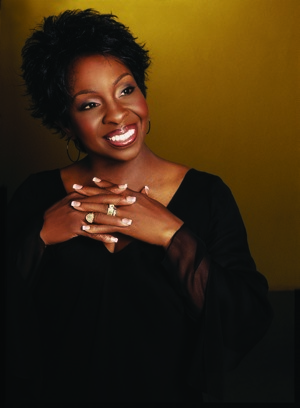 She’s known as the Empress of Soul, and for a little longer, Gladys Knight is belting out her R&B tunes at the Tropicana. The seven-time Grammy Award-winning performer doesn’t come off like the diva she is, giggling with the audience and picking on her older brother Merald “Bubba” Knight, one of the original members of the Pips and performing with her in the show dubbed "A Mic and a Light.” The Trop even renamed the Tiffany Theater the Gladys Knight Theater while she’s in the house through October.

Knight kicks off her show with a taunt of her biggest hit, “Midnight Train to Georgia,” complete with trains chugging on a screen. She dips into other Motown favorites “People Get Ready” and “Love Train” and does a short tribute to Michael Jackson with “Shake Your Body (Down to the Ground).”

After “If I Were Your Woman,” she giggles to the audience, “I never would have said that to a man. You had to wait for him,” into a blinged out microphone. She delves into material from her album, At Last, that came out in 2001 as well as her signature James Bond theme, “License to Kill” and the soundtrack to the film Claudine.

Backed by a six-piece band and four backup singers (well, five if you include occasional stints with her brother), Knight still hits all the right notes at 66. It’s not a big, flashy, overdone Vegas show, but touches on gospel with the right balance of hits and covers. She gives due time to other divas such as the classic Ella Fitzgerald with “Someone to Watch Over Me” and Barbra Streisand with “The Way We Were,” showing the range of her vocals.

Surprisingly, the show doesn’t end with “Midnight Train to Georgia,” her top hit with the Pips. Instead, she pays tribute to a newer act, Boyz II Men, with “End of the Road.”

But after 37 albums and a career that started when she was 7, Knight shows she still has what it takes to keep you entertained.