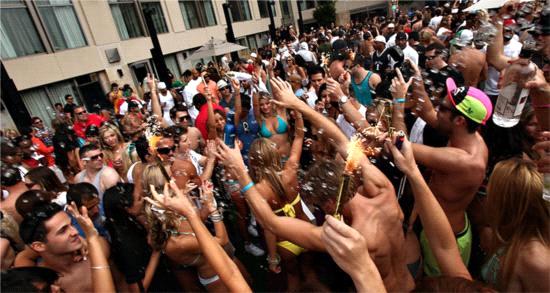 With Memorial Day Weekend upon us, Las Vegas will see an additional 300,000+ people flock to our beloved city to celebrate their three day weekend. Picture if you will, 96% of the area’s hotels filled to occupancy with travelers from Southern California, Arizona and Utah. The Las Vegas Convention and Visitors Authority is estimating $186.2 million in non-gaming revenue will be generated within the next three days. It’s surprising to say but this weekend and Labor Day Weekend trump New Years Eve in terms of visitors and revenue.

So, now that all the facts are out of the way….what’s that mean to you?

Whichever category you fall into, we want you to know, we’re here to help. We’re going to let you in to some of the secrets and how-to’s to not only survive this weekend in once piece, but to enjoy it the whole way through.

We know there are a ton more things we could say here, but those are our main pointers, what we feel are most important. At the end of the day, know yourself, know your limits and have a great time.

We want to know your best tips for surviving Memorial Day Weekend. Leave your comments and suggestions below!