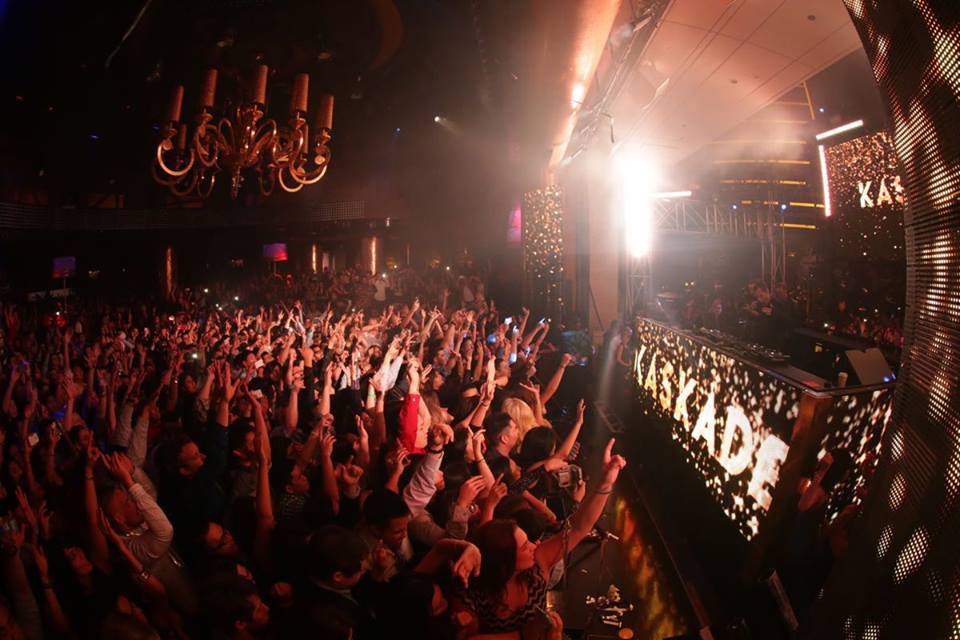 It’s Friday afternoon and you’ve landed in Vegas. Is there anything more exciting, come on, it’s Vegas Baby! So what’s the first thing you do? Well, of course you have to throw your suitcase into the hotel room and head down to try that beginner’s luck at the blackjack table – cocktail in hand – but after that, it’s time to get serious about your party weekend and make the most of your time in the city of sin.

Start by grabbing a bite to eat at the new celebrity restaurant by Giada de Laurentiis appropriately named Giada’s. It’s the hip, new place to dine and it’s inside The Cromwell, which is a highly recommended place to stay, if you're in the market for a hotel. From there it’s time to grab drinks at Fizz, with a wardrobe change of course. Fizz is a gorgeous little Champagne bar inside of Caesars Palace. A great place to see and be seen as you pre-game before the night’s big event.

Next stop, head back to The Cromwell for some craziness at the sexy rooftop club known as Drai’s Nightclub & Beach Club. This is one of the hotspots in Vegas especially in summertime when you can meander out to the pool to chat with that hottie you met on the dance floor. This club is gorgeous and so are its patrons. You can pretty much party the night away, and when the club lights begin to get brighter, just head to the basement of The Cromwell for the elite after hours part spot known as Drai’s After Hours.

You’ve partied until the sun came up and you’ve wandered back to your room to pass out for a bit. Now you need a little Hangover Heaven, some grub, and a pool party stat!

While you’re recovering in your room from the all night craziness, just call our friends at Hangover Heaven who will come administer a legit cure for a hangover with fluids and vitamins that will have you raring to go for the day. After you’ve been cured of your hangover, you still my need some grub. Head to Culinary Dropout at Hard Rock Hotel Las Vegas where you can nosh on items like Cap’N Crunch Crusted French Toast or an Egg White Frittata (in case you’re donning a bikini for that pool party later). Just don’t forget to order the Bacon Bloody Mary, yum.

Now that you’ve significantly recovered and are ready to party all over again, take a short jaunt over to Rehab Pool Party (still at Hard Rock) where you can snag a daybed and do a little day drinking. Always a hot party, Rehab usually has an amazing DJ on hand and once you’ve become nice and cocktailed-up you’ll undoubtedly get up to start dancing and really make the most of this pool party.

As the sun goes down, it’s time to head back to the room for a nap before you head out again for the night. Yes, a nap, trust us, even if you don’t sleep, you want to make sure you’re not 'that guy,' yawning at the nightclub. So where to go Saturday night? Well, LiFE Nightclub is where the locals love to play and you will too. A sexy club that is undoubtedly a little bit more of a diverse scene, LiFE is all about partying with a little bit of rebellion thrown into the mix. What could be better when in Vegas?

If you’ve woken up and part of Saturday night was a blur, you are doing Vegas right! In need of another hangover dining establishment? Well, you’re in luck… Hash House A Go Go at The Linq is where you need to be. People are crazy for this epic bfast place, so just go there and trust us.

If you’re feeling the effects of the weekend so far, then why not head to Bare Pool for a more chill afternoon of lounging by the water, because the Sunday night finale is going to take a lot out of you. That’s right, we’re talking XS Nightclub. People wait all week for this end-of-the-weekend party at one of Vegas’ most beautiful clubs. This venue is not only gorgeous, but it still ranks as the number one nightclub in the U.S. So you’ll want to give it a try, and the best way to do it right is to get bottle service with your crew. Really, I've done the clubs many of times, hence the job, and the only way to do them right is by getting a table. All you have to do is sit back, have a cocktail and watch the craziness unfold.

Book the best weekend of your life in Vegas with us, just click here.