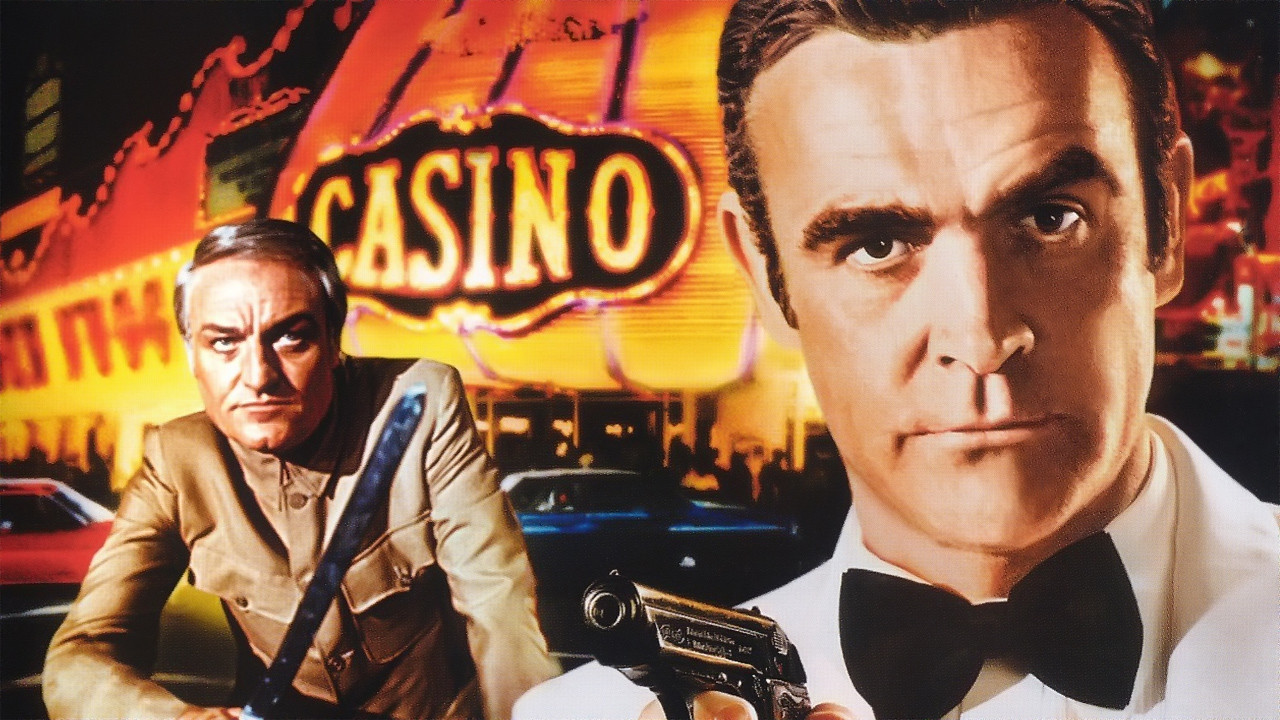 Did your last Vegas vacation spur from watching an awesome movie scene? You’re not alone! Galavantier’s “Vegas Movies In Real Life” series is kicking off yet again for another installment of amazing Vegas movie scenes and where you can go live out your part when you’re in town… 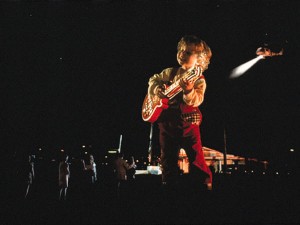 Do you remember back in 1992 when the sequel to Honey, I Shrunk the Kids came out? I think this was one of the first memories of a sequel attempt that I can recall as a young kid. Even as a five year old I knew that they should have stuck with the original, but regardless, Rick Moranis was at it again with his invention follies and enlarged his child to over 50 feet tall. He did NOT blow up the kid, which might be misleading to those who have been living under a rock for 22 years and haven't seen it. The Szalinkski family moves to Nevada to raise their two-year-old son Adam, our future giant, and you can bet that the bright lights of Las Vegas attracted his massive velcro shoes to walk on over. (Insert ominous "BOOM. BOOM." footsteps in your mind here, á la Jurassic Park). When the gargantuan toddler walks to our favorite city thinking it was a playground (he's not wrong), he first hits up Hard Rock Cafe to play with the big neon guitar. You can easily visit the same location still in perfect working and rocking order right off the Strip on Harmon. There's also the Hard Rock Café right on Las Vegas Boulevard that makes for a good photo spot if you want to pretend to be a giant baby playing the guitar. More of Honey, I Blew Up The Kid was filmed at the now-closed Wet 'n Wild Water Park, Fremont Street, and a little bit of The Mirage. 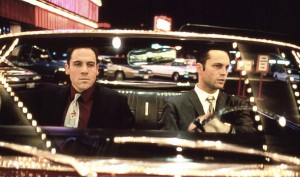 While mostly set in L.A. to paint the perfect picture of struggling actors, Swingers is one of those movies that perfectly hits on the theme of "impromptu guys trip to Vegas" that many movies try to emulate. When Vince Vaughn and Jon Favreau try to meet some hot ladies while out on the town in Sin City, you're actually looking at Downtown Fremont and some magic editing. Specifically, the pair gambles at the (now-demolished) Stardust Hotel and Casino. The outside shots from these scenes are the Stardust, however the interior of the scene is shot at the Fremont Hotel and Casino right downtown. You can easily feel like a pair of swingers out on the prowl when you booze up on the Fremont Street Experience and catch the more modern version of Fremont's display. It's definitely way better than it was back in the 90's with a 550,000 watt sound system and nightly displays of alien abductions and epic battles. Because obviously. 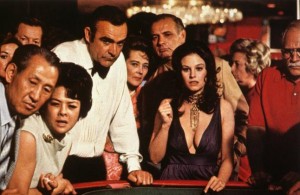 Finally we've got a little bit of Bond in this blog series! (If Barbara Broccoli ever reads this, please consider more Nevada scenery for Spectre or any following movies, it works perfectly for action movies. I know I don't have to tell you, Bond-production goddess.) Sean Connery returned in the seventh Bond movie Diamonds Are Forever back in 1971 and featured a plot where a diamond-powered laser was being built by an evil villain to destroy Washington D. C., of course. When Bond and his CIA ally Felix Leiter show up in Vegas as fake diamond smugglers, Bond stays at a fake hotel casino called "The Whyte House" which is actually the Las Vegas Hilton and still a popular near-Strip hotel option for your next stay. Bond's plan eventually leads him to meet up with his Bond girl Tiffany Case at Circus Circus, which of course is an iconic property we've seen many times in this blog series. If you really feel compelled to visit the location where Bond was almost cremated in an epic fight scene, that's the Palm Henderson Mortuary & Cemetery, plus the Palm Downtown Cemetery where he gets whacked in the head. Dark destinations, but if you're a diehard Bond fan, that's where to go.