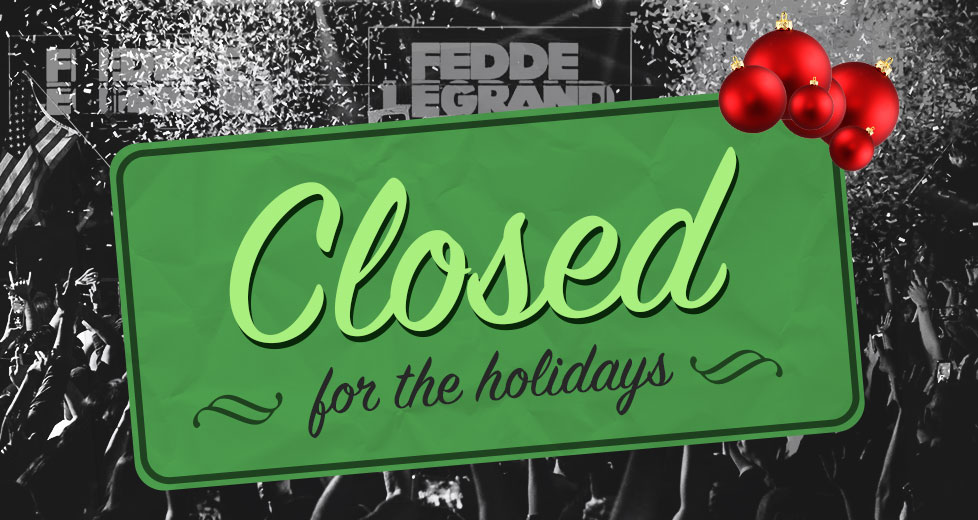 Vegas Nightclub Holiday Schedule; What You Need to Know!

Fall has finally come to the Las Vegas Valley, and that means business is beginning to slow down around the city. Many nightclubs are taking advantage of the slow season this year and have decided to close their doors for up to a couple of weeks in order to touch up their interiors. We’re keeping you up to date with all of the nightclubs closing for the holidays!

Drai’s Nightclub at The Cromwell

XS Nightclub at the Encore

As other venues continue to release their calendars for December, we’ll continue to update our list.  Don’t forget to check out our “What to Wear: Winter Fashion in Vegas” blog and be totally prepared to rock the Strip during your stay!