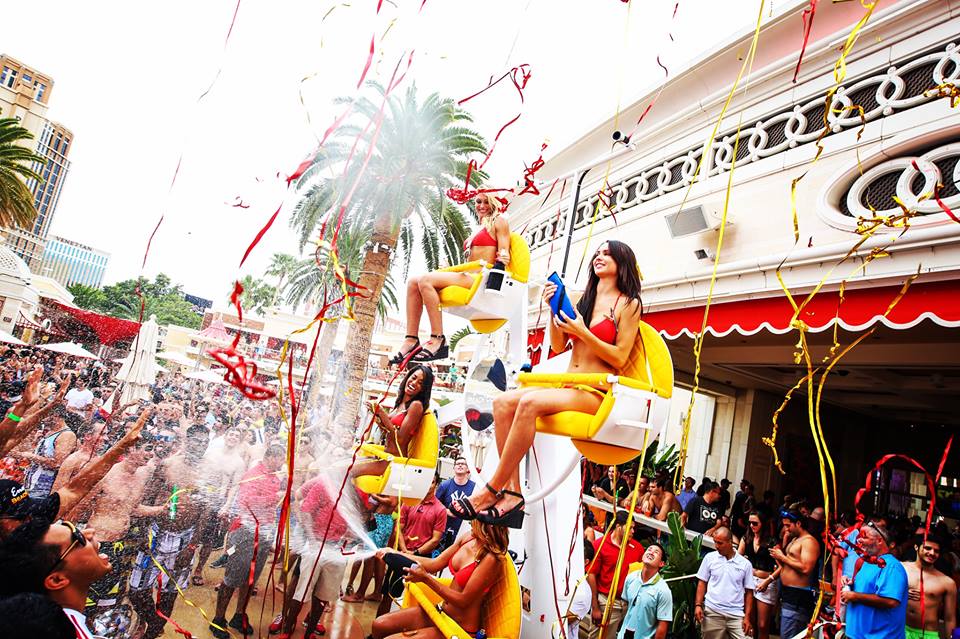 It’s that time of year again when the best summer parties kickoff in Las Vegas. We’re talking about Memorial Day Weekend! Every year it seems the clubs outdo themselves and this year is no exception whatsoever. For those of you looking to get your hip hop on then why not check out the lineup at Las Vegas’ number one hip hop club – Drai’s Nightclub. This year the club has

Kickoff some fun in the sun at TAO Beach Club on Thursday with CLA before heading to Zedd at Hakkasan Nightcub. On Friday, our top picks include Hardwell at Wet Republic Ultra Pool and an night with Marshmello at Intrigue Nightclub for a quick selfie with the man himself. Go for a hip hop Saturday with a little G-Eazy at Drai's Beach Club during the day followed by 2Chainz at 1OAK at night. Stay wet (and wild) all day Sunday with DJ Mustard at Daylight – a personal fav, followed by Kygo at the XS Nightclub nightswim. Monday is all about them Chainsmokers at  Encore Beach Club followed by some flawless Steve Aoki at Jewel Nightclub. For those lucky enough to carry their vacay through until later in the week, both Omnia and Light Nightclubs have events Tuesday and Wednesday in honor of Memorial Day Weekend celebrations.

Check out the full lineup of all guest DJs and performers this Memorial Day Weekend 2017 in Las Vegas below and for more info on tickets or tables email Galavantier here or text us at 702.448.6900.

Wednesday, May 31
Ikon and Karma at Light Nightclub