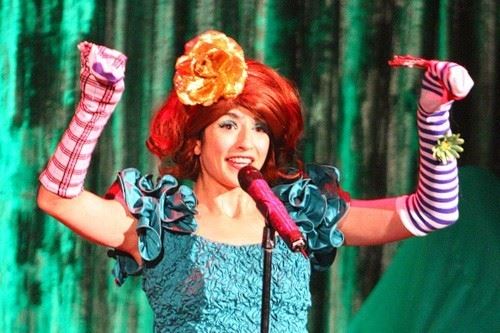 Look out world, Absinthe's own Penny Pibbets is going solo and she's off to a strong start! Althought she's diminutive in stature, she's a giant in comedy, so we can only imagine a great time going to see this spitfire performer in her element. Pibbets recently completed a Kickstarter fund to help with the show's production, well exceeding the requested $19,990 goal. Reaching that goal wasn't easy, though, as she produced a web series of stunts to help encourage donations. Acts included juggling (and comedy), drinking tea (comedically), being visited by three goatees (obvious comedy), an appearance by comedian Penny Wiggins, and the last day's grand finale of...smoking crack. Which was hilarious. 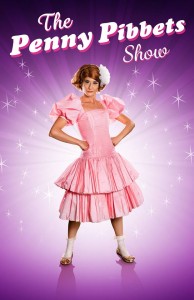 The Penny Pibbets Show is going to be a live TV-style talk show with special guests and lots of random awesomeness to talk about. "We can talk about evil; we can talk about art; we can talk about the galaxy; we can talk Ebola, Rainbow Brite..." Pibbets recently said to a local news source. The show will be directed by Shannan Calcutt of Zumanity and hosted at Art Square Theater on December 21st. It might be sad to think that her boss The Gazillionaire didn't chip in to support the show, but he's a known a**hole always pushing her down (hilariously). Plus, he's just recently finished his own web series and has got enough on his plate, I'm sure.

So get your sock puppets ready, Vegas. December 21st isn't far away and you'll want to save your seat when this show kicks off.