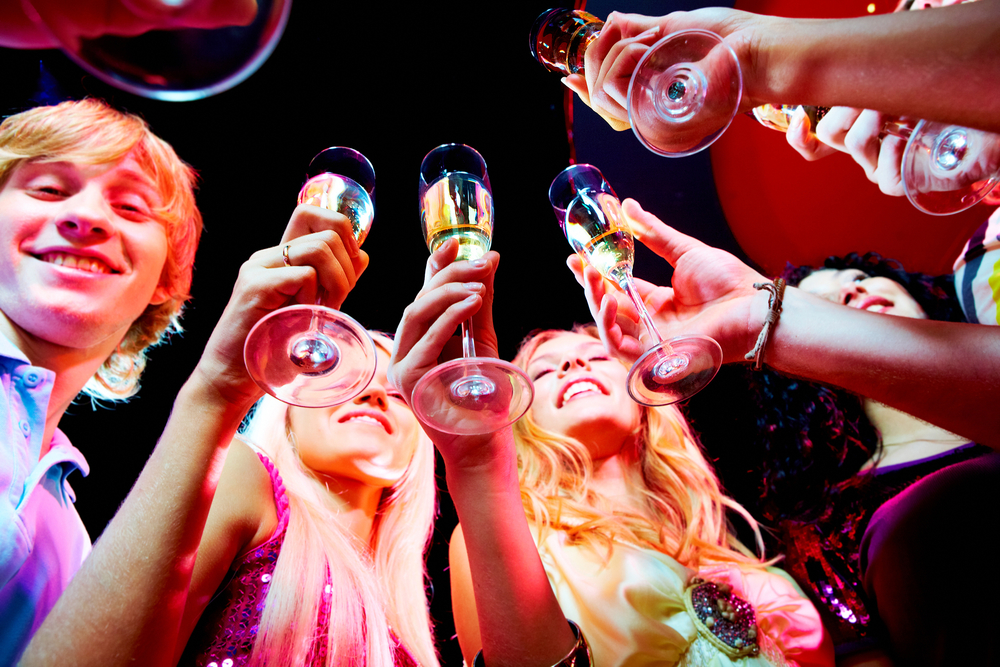 Vegas Restaurants That Bring The Party To You

LAVO at The Palazzo 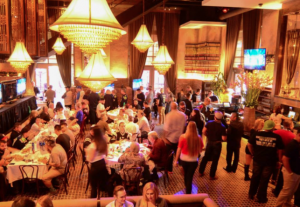 It's pretty much my go-to answer when someone visiting Vegas asks me where to get a great dinner and then hit up the clubs. The situation at LAVO couldn't be beat because it allows patrons to fill up on gourmet meals and easily pre-game like a boss before making the transition into the club. Their world-famous meatballs are made from freshly ground imperial wagyu beef, and have been an icon of the restaurant for many years, but the entire menu has an assortment of nom-worthy Italian fare that's the perfect base for the rest of your night's booze intake. 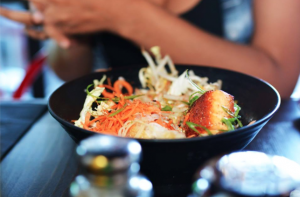 Brand new and located in the hotspot epicenter of Downtown Vegas, Itsy Bitsy Ramen & Whiskey is now open and serving up exactly that - your ramen and whiskey! From the creators of already uber-popular Commonwealth and Park on Fremont, you can now get a taste of the east with some fine-ass Japanese whiskeys alongside a build-your-own ramen menu. Plus - if Kaskade eats here, we will too. 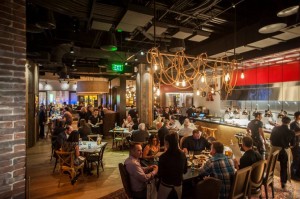 There's no better place to grab some grub before hitting up Omnia, than Searsucker. It's freshly opened in 2015 and headed up by renounced Chef Brian Malarkey, who was nothing short of amazingly charming upon meeting him during Searsucker's inaugural play day. What was already successful in its San Diego location will only be heightened in it's Caesar's location, just steps away from Omnia's front door. The food is invitingly fresh and small plates make it easy to share with your crew. Plus, they infuse their own vodkas for an assortment of signature cocktails, and I can't think of a better way to get a tasty vodka in your system before bombarding it with an onslaught of vodka bottles inside the club, where taste won't matter as much. 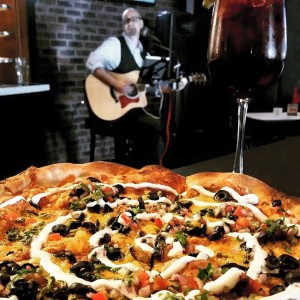 I think it's important to mention this pizza spot in Downtown Vegas because whether you start off your night there or end up at a table for some late-night 'za, it's all good in the hood. Pizza Rock may make you feel like you're in Guy Fieri's flame-painted garage where the walls are wearing Ed Hardy gear, but I've found that all that "tough guy deco" blurs once I get some of that pizza in my face. (The theme could be Beliebernation Train Station and it wouldn't matter once you drunkenly stumble in here and kick back a few drinks and slices.) Plus, I don't know if it's the fact that the staff has had to deal with so many obnoxious people, but their tolerance levels for drunks must be high because they've always been so helpful with recommendations and waiting patiently while the table calms down enough to read the menu and order. There's some great people in there, and not just because one guy gave me a free slice because he thought I was Miley Cyrus-esque at the time. But free pizza does help any cause.

N9NE Steakhouse at The Palms 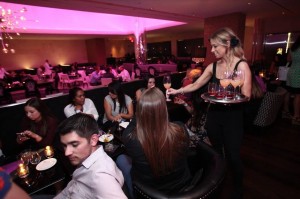 Maybe one of the original party restaurants, N9NE Steakhouse sets the vibe for a nightclub and serves you up some seriously good eats along with as much booze as you're willing to order. I've had dinners here where we just end up ordering more and more bottles of wine and barely ended up out the door and into Ghostbar before they close. Needless to say, it was a good night, made even better by the fact that N9NE has s'mores. As a classic nightlife steakhouse, N9NE continues to uphold this blurred concept of fine dining and nightlife venue, so hit this spot up if you want to see what spurred this whole movement.

STACK at The Mirage 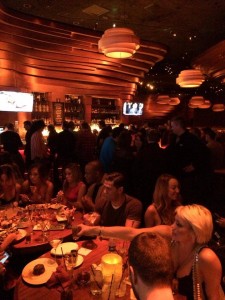 Frequented by the Kardashian family almost every time they visit Vegas and their store at The Mirage, STACK is a great example of a blended fine dining outlet with some nightlife vibes. On Tuesdays, Fridays and Saturdays you'll find a live DJ spinning beats inside while guests sip signature Light Group cocktails and some great American cuisine. You cannot go here and not order the Signature Wings, Hot Rock appetizer, and their famous jelly doughnuts for dessert. It would be a sin to miss out on those, and I would lose respect for you.

Dining here makes for an easy hop over to 1 OAK, since you only have to trek through the Mirage's Atrium and lobby, and boom - you're there ready to dance the night away with a happy belly.